Here are some interesting Germany Facts which were chosen and researched by kids especially for kids. 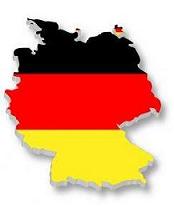 Where is Germany? - Germany Map

Germany is located in the center of Europe and shares borders with 9 countries: Denmark, Poland, Czech Republic, Austria, Switzerland, France , Luxemburg, Belgium and the Netherlands (clockwise from the top/north).

Germany is the second most populous country in Central Europe after Russia and many immigrants live and study in Germany.

The highest mountain in Germany is the 'Zugspitze' (which means 'windy peak') with 2,963 metres/9,721 ft. Germany's highest mountain is one of Germany's top attractions and many tourists visit the mountain top every year. You can take a cablecar up to the top of the mountain and have spectacular views of the Alps and the scenic countryside from there.

See the amazing panoramic 360° views from the Zugspitz mountain top, to view click here. (It will take about 10 seconds to load this amazing panorama page. Please be patient the view is really worth the wait :-) 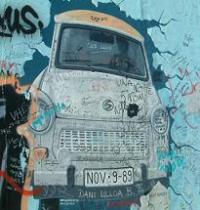 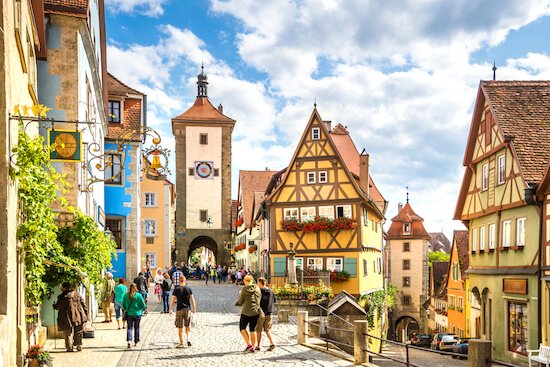 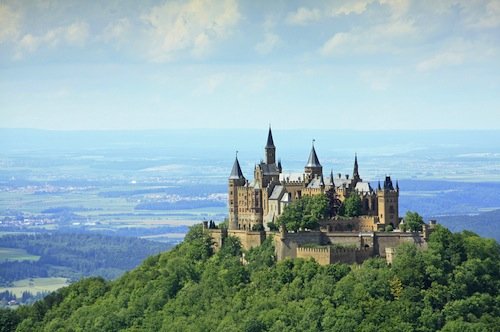 Read more about our favourite castles in Germany here.

Some Germany Facts about German People

Germany is well known for great poets, such as Johann Wolfgang von Goethe (you see him in the pictured above in the famous painting by Tischbein) and Friedrich Schiller, and many other writers, such as the Grimm brothers (remember the tale of Hansel and Gretel) or Thomas Mann. Because of these splendid writers as well as scientists and inventors such as Albert Einstein, Robert Koch or Gottlieb Daimler, the country is often referred to be the "Land der Dichter und Denker"(country of poets and thinkers).

Germans love going to the museums, concerts and theatres. These places which are well maintained and supported, so you will find many interesting places you can visit.

Germans also love sports! Many Germans are active in sports clubs such as soccer, tennis or gymnastics clubs. In schools, the most popular sports activities are soccer, volleyball, basketball, ballet and dancing. Sports idols Sebastian Vettel (Formula 1), Bastian Schweinsteiger (soccer) or Anna Schaffelhuber and Felix Neureuther (skiing) are supported by most Germans proudly. Many of you will already have have heard the names of Boris Becker and Steffi Graf which are among the world's most known tennis stars.

The country's premier soccer league, called Bundesliga, is followed closely by many and Bayern Munich or Borussia Dortmund are firm favourites not only of Germans.

The most popular sports in Germany are soccer, tennis, swimming and skiing, although the latter is possible only in the southern and eastern parts of the country. Especially in the Bavarian Alps, the Mittelgebirge and the Erzgebirge, the mountains are high enough and warrant for enough snow to enjoy a multitude of wintersports facilities.

Most of the German main dishes contain either meats, mainly pork, beef and veal or fish. Germans often eat potatoes, but pasta dishes are also very popular, especially with the younger generations. The Germans love their bread, which is mainly a mix of wheat and rye flour and is much darker and has a hard crust. Bread rolls are also eaten.

Sauerkraut, Sausages and Brezeln (Pretzels, see in the picture above) are surely the most famous German food exports and in Germany you will find fresh bread, bread rolls and pretzels as well as delicious cakes and pastry in the numerous bakery shops. Even little villages often have more than two or three bakers and you will have the choice of many different types of bread and rolls.

Germans love their meat, but you will find more and more vegetarian dishes on the menus in restaurants now too, although there are many more variations of dishes with meat available. Schweinebraten oder Schweinsbraten (roast pork knuckles) is very popular in Southern Germany while Rinderbraten (beef roast) is more popular in Northern Germany. 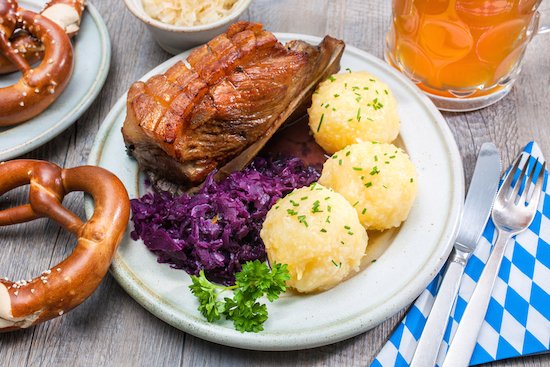 Picture credits in main text: 1.Adriana Martins at sxc.hu, 2.Christa Riechert at sxc.hu, 3.at sxc.hu, others own or shutterstock.com 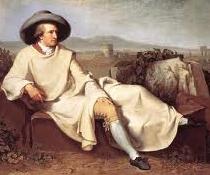 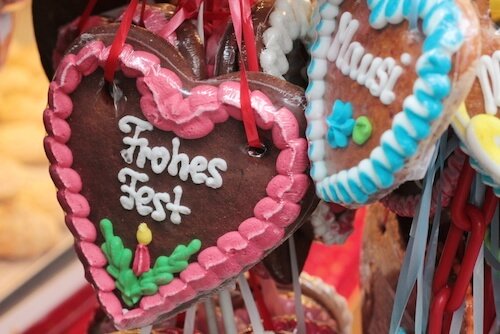 More about other European countries 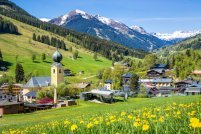 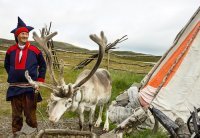 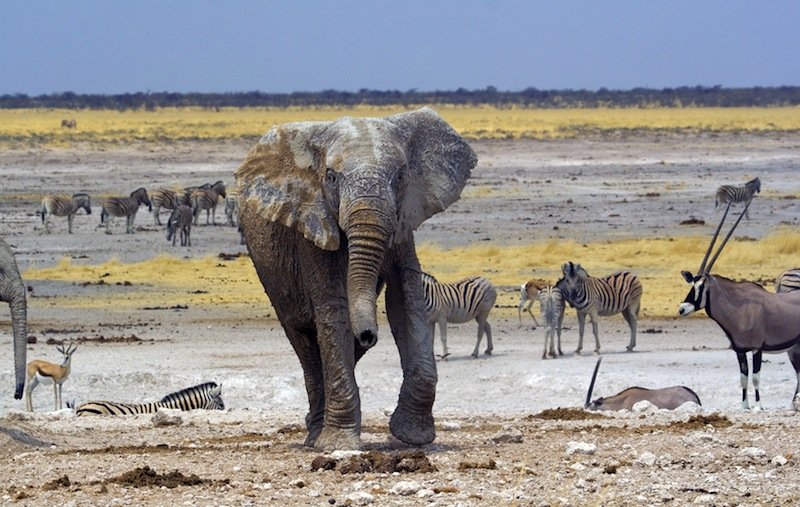 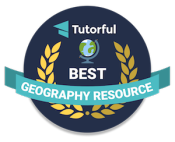