Here are some interesting Nepal facts which were chosen and researched by kids especially for kids. 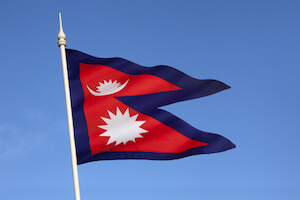 Nepal is located on the Asian continent.

The South Asian country is landlocked and borders two countries: China in the North and India to the East, South and West. The longer border is between Nepal and India. 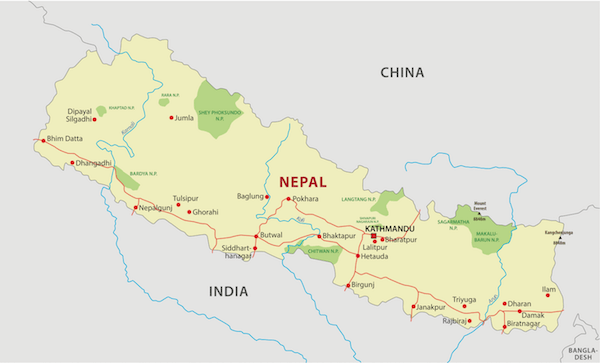 Nepal is the largest country in the Himalayas and about the size of the state of New York/USA, about half the size of Equador and quite a bit bigger than Austria, Liechtenstein and Switzerland combined.

Measuring from East to West the distance is about 800 km/ 500 miles whereas from North to South the smallest distance only measures about 150 km/ 93 miles.

To reach Nepal it takes a 13-hours flight to Kathmandu from London/UK or a 2-hours flight from Delhi/India. The shortest flights from the USA go via Dubai, Doha or Abu Dhabi and still take at least 21 hours! 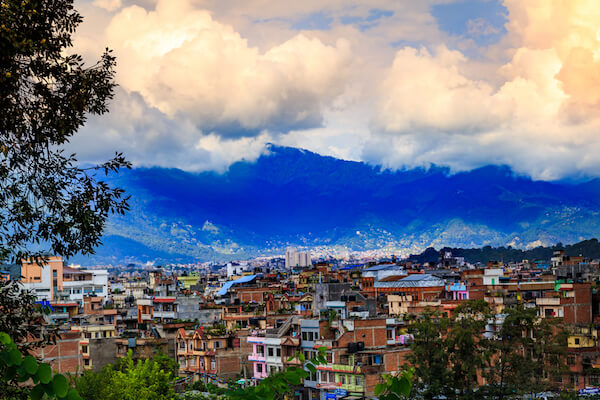 Kathmandu is the capital city of Nepal

The country in the Himalayas frequently experiences earthquakes. The latest major earthquake in 2015 destroyed many old temples, buildings and monuments.

The name of the country originates from Hindu story that referred to a wise man called Ne and the region in the Himalayas that was protected by Ne was then called Nepal.

The country enjoys mainly a temperate climate. The landscape is dominated by the Himalayan mountains in the North, alpine pastures, fertile valleys and temperate forests in the middle hill region and the Tarai plains in the South. 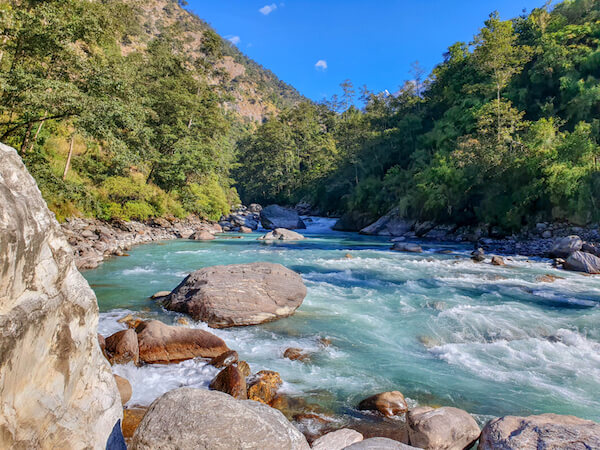 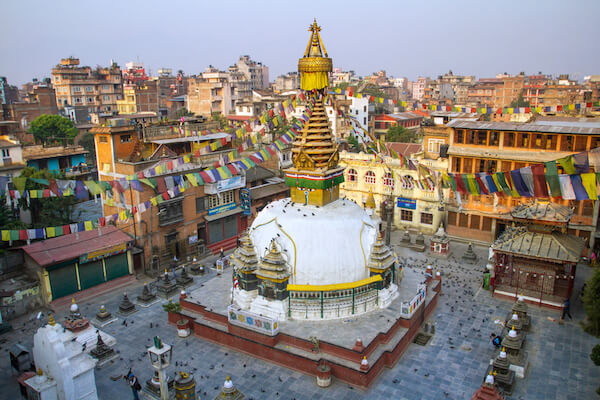 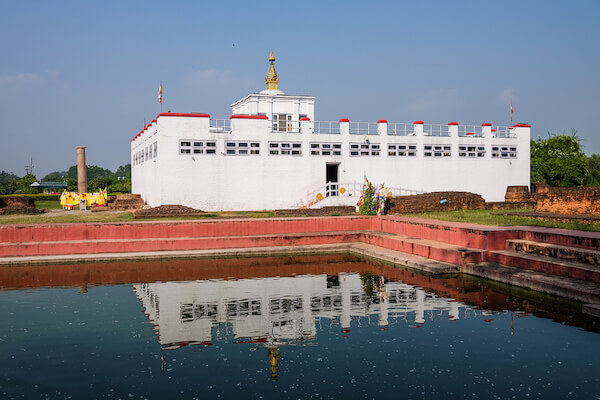 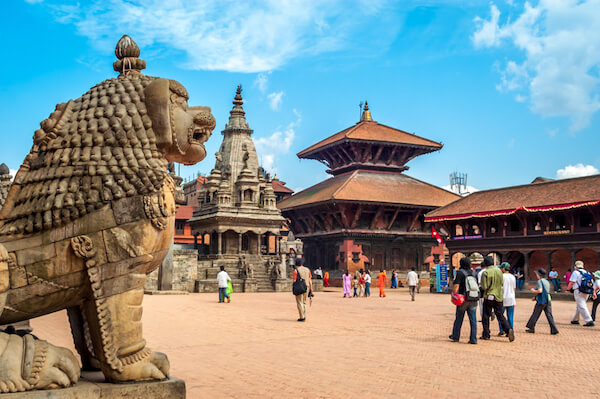 Nepal is one of the poorest and least developed countries in the world. Many people live in poor conditions and especially young people try to find better life in other countries. About 1 in 4 Nepali live below the poverty line.

The economy in Nepal is mainly driven by agriculture, the textile industry and tourism. Rice is grown in Nepal in the fertile valleys. Rice is a Nepalese staple food and eaten with every meal. 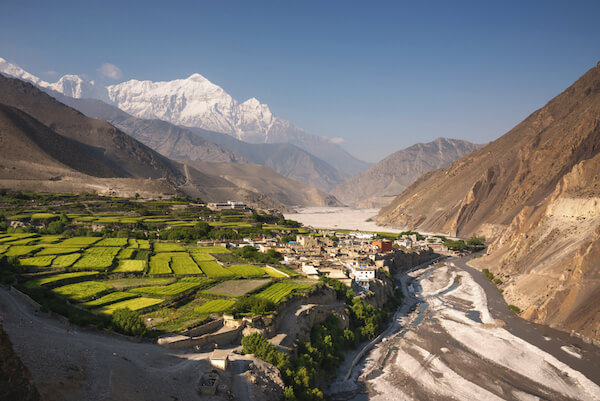 India, China and the USA are the main trading partners.

Nepal is known as third biggest producer of ginger after India and China.

In Nepal most energy is produced by hydroelectric plants and Nepal is also called the 'Water Tower of South Asia' due to its snowcapped mountain peaks, glaciers and rivers originating in the Himalayas.

There are more than 100 different ethnic groups and over 90 languages are spoken in Nepal.

The Nepali are known as very welcoming people who are friendly and open towards visitors.

Religion plays an important part in the life of most Nepalis. The vast majority of the Nepalis are Hindus (80%) or Buddhists (over 15%). Nepal is the only country in the world where Hinduism was the official religion (until 2006). 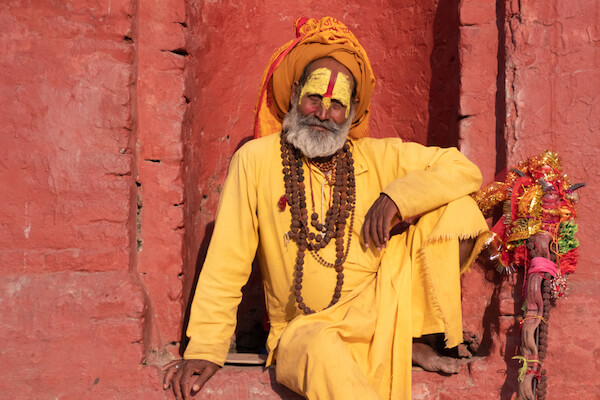 The 'Namaste' gesture is the common greeting and handshakes are rarely given. For the Nepalese greeting put your palms together and bow your head saying "Namaste". 'Namaste' means ‘Salute to the God in you’. 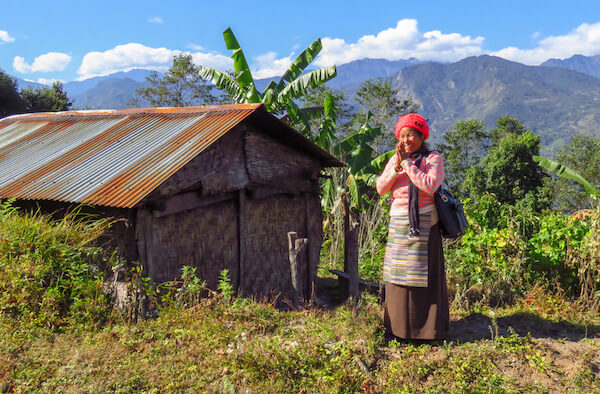 Sherpas live mainly in the eastern and mountainous regions of Nepal.

In 2020, Nepalese New Year's Day is celebrated on 13 April. Then the Nepalese will ring in the new year 2077! The Nepalese calendar is 56.7 years ahead of our Gregorian calendar. 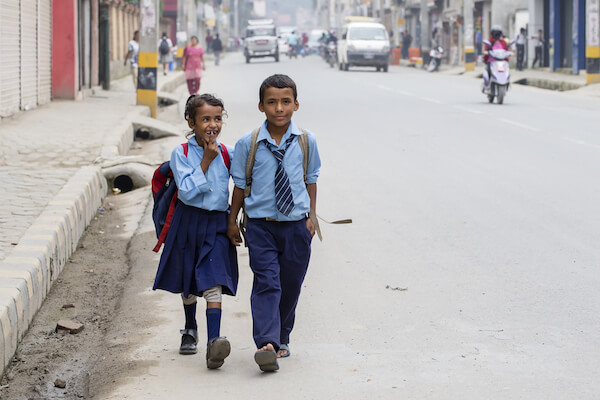 The different ethnic groups also have their own languages, among them Maithili, Bhojpuri and Tharu are the most spoken mother tongues.

Nepali is written in the Devanagari script. Devanagari is also used to write the Hindi and mainly used in the Indian subcontinent. It is written left to right and has 47 main characters.

Nepali food uses similar spices as the Indian cuisine such as cumin and coriander but is less spicy than Indian food. and some ingredients that are also used in Chinese cuisine such as bamboo shoots.

Many Nepali dishes are vegetarian and do not use meat. Meat dishes are made with chicken, pork, mutton and water buffalo as cows are not slaughtered as they are considered sacred animals in Nepal. 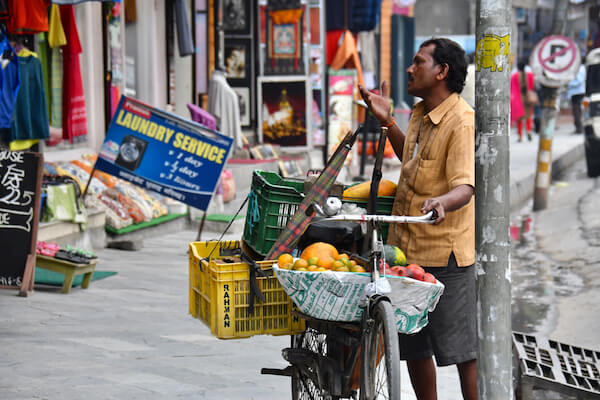 Streetlife in Pokhara - image by Meeh

Here are some typical Nepali foods and dishes: 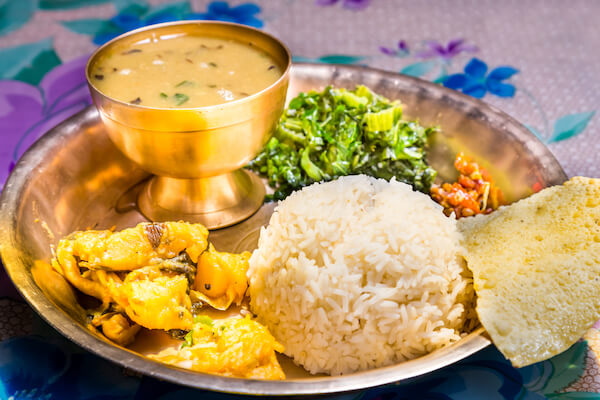 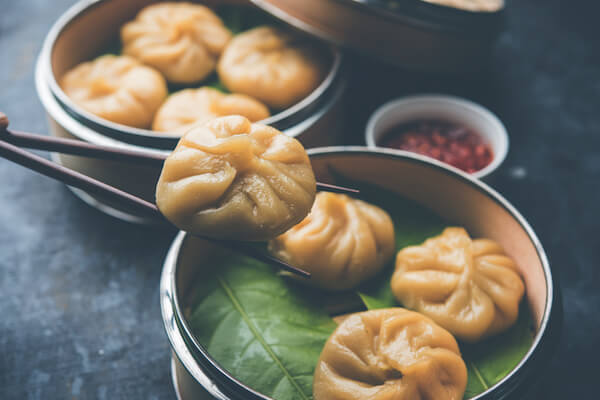 Nepalis tend to eat two main meals, the morning meal at around seven o’clock and another meal in the evening meal around seven or eight o’clock, but snacks are eaten throughout the day.

Cows are considered sacred in Nepal. They can be seen wandering in the streets everywhere. It is illegal to slaughter cows in Nepal. 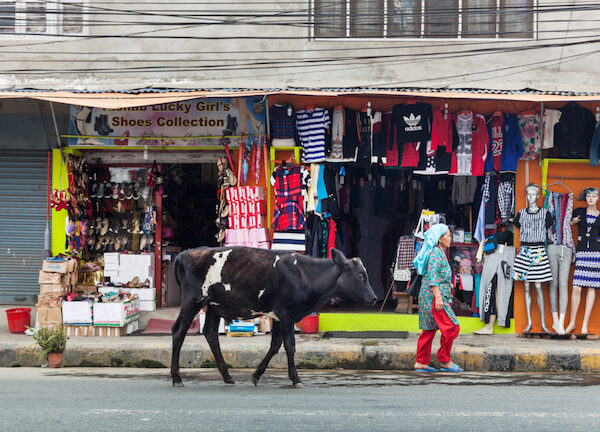 The spotted deer and Himalayan tahr can often be seen in the wild.

There are 26 protected mammal species in Nepal. Snow leopard, red panda and bengal tiger are among the endangered animals.

Yaks are commonly used for transporting goods in the Himalayas. 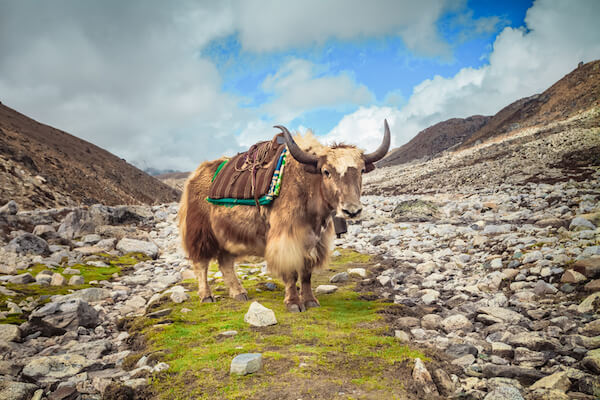 Yak at Mount Everest Base Camp

Nepal Facts: Did you know…?

Nepal has the only national flag in the world that is not rectangular or square!

Image Credits on Nepal Facts: shutterstock.com and wikicommons, if not otherwise stated.

We hope you enjoyed reading our Nepal Facts. Please bookmark this page and spread the word. We will add more information in the near future as we still have to sort through our images and stories from our recent travels.

Back from Nepal Facts to Kids-World-Travel-Guide 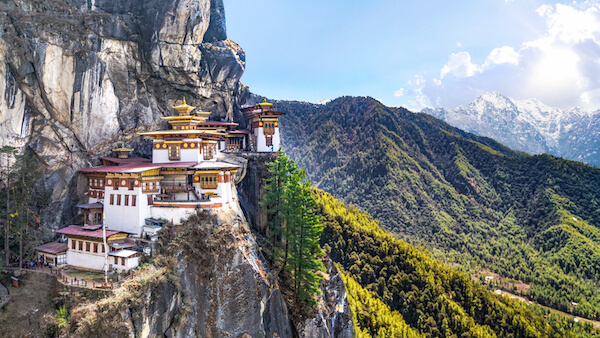 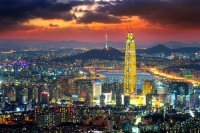 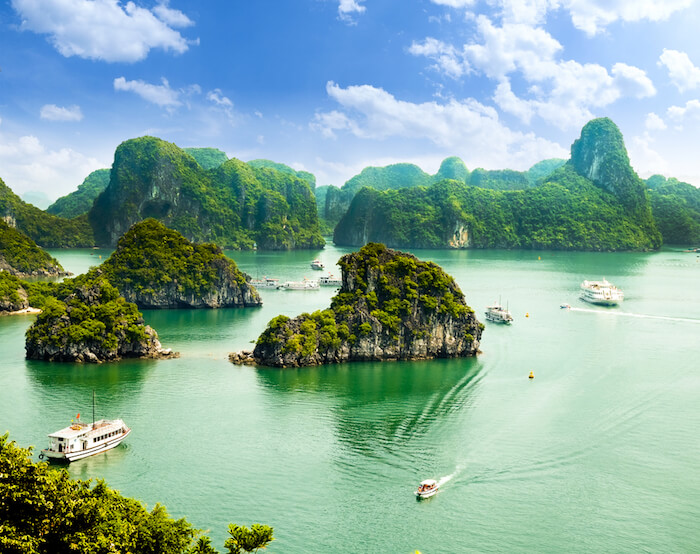