Our Asia Facts for Kids shall provide lots of interesting and fun facts on the Asian continent.

Asia is the largest continent of our planet, both in size and also when we consider the population. The Asian continent includes 48 countries, that are members of the United Nations. The continent is located mainly in the eastern hemisphere and in the northern hemisphere.

1. There are 48 countries in Asia (see list on the right of the 10 biggest countries) that are recognised by the United Nations (Palestine, however, has 'only' observer status as it does not control the majority of the claimed land).  Two of the Asian countries also share part of their territory on the European continent; these countries are Russia and Turkey.

2. More than 4.4 billion people live on the continent. Asia is thus the most populous continent.

3. Largest Country: Russia by landmass, even though roughly 40% of the country belongs to the European continent. China is the largest country by population. Did you know that in China as many people live as in Australia, New Zealand, North America, South America and Western Europe combined?

Tokyo is Asia's most populous city

4. Asia Facts - Largest City: Tokyo in Japan. With more than 38 million inhabitants Tokyo is the largest city and has the largest metropolitan area. This city has more inhabitants than the whole country of Canada!

5. Asia Facts - Smallest Country: Maldives. The Indian ocean country is one of the smallest countries in the world and Asia's smallest country. It consists of 26 coral atolls which in total consist of more than 1190 islands. 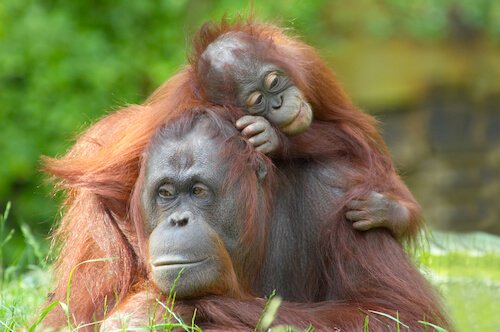 6. Biggest Island: Borneo in South-East Asia is also the third largest island in the world and the largest in Asia. The island belongs to three countries: Malaysia and Brunei in the north while Indonesia claims the southern part of the island. Borneo is home to vast rainforests and many animals only live on this island such as the Bornean Orang-Utan.

7. Longest River: Yangtze River is the longest on the Asian continent. It is in China and is 6,300metres/ 3,915miles long. The Yangtze is the third longest river in the world after the Amazon and the Nile. 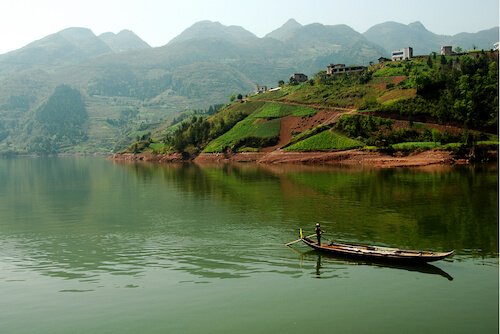 8. Highest Mountains: Mount Everest. The mountain is located in the Himalayan mountain range and the highest peak is 8,849metres/ 29,035ft high. The Himalayas between Nepal and China are the world's highest mountains.

Read our facts about China here. 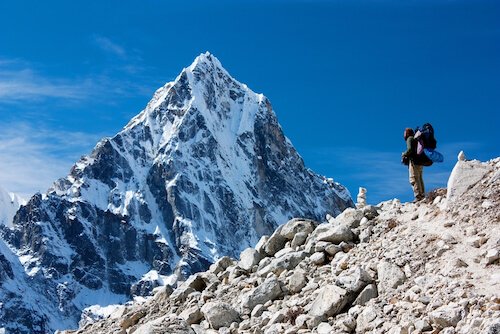 Mount Everest in the Himalaya mountains

9. Asia Facts - Biggest Lake: Caspian Sea. The coastline is shared by five countries: Russia, Turkmenistan, Kazakhstan, Azerbaijan and Iran. The lake is also among the deepest lakes in the world with a maximum depth of more than 1,000m/3,300ft! Baku, the capital of Azerbaijan, is located at the Caspian Sea. 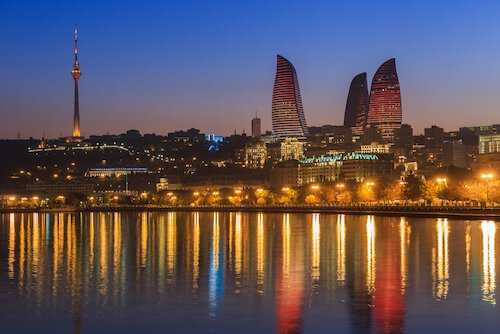 Baku at the Caspian Sea 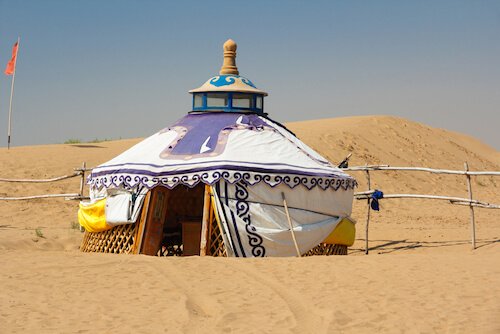 Yurt in the Gobi Desert

A yurt is a typical round tent covered with mats or fabric and is built by the nomads living in and travelling through the Gobi desert.

12. Clima: The Asian continent has a very diverse climate ranging from arctic climate in Siberia (Russia) to tropical climates in South-East Asia. Siberia is also one of the coldest places on earth.

In the tropical regions of South-East Asia, also the most tropical storms occur. Cyclones occur mainly in the Philippines and south of Japan. Some countries in Asia are at high risk for negative impacts of climate change. In 2004, a tsunami hit the coast in India, Thailand, Indonesia and other countries and killed more than 250,000 people in more than 14 countries. 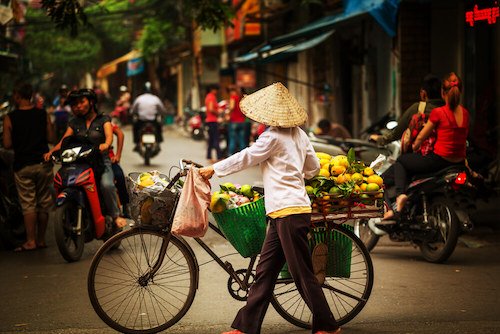 13. People of Asia: There are many ethnic groups in Asia. This is a huge continent, where vastly different cultures are practiced. In India and China, the most populous countries in Asia, there are many different ethnic groups all with their own distinct language and culture. Imagine that in India more than 850 different native languages are spoken and used in daily conversations!

India is not only the second most populous country in Asia, it has also the largest number of poor people and child labourers. One in four Indians cannot read or write. Then there are the Arabs, the Russians, Koreans, Japanese, Indians, Indonesians and so many more different cultural groups. There are also vast differences in living standards and poverty. In South-East Asia, most people live in rural areas outside the big cities which are underdeveloped. In fact, four out of ten poor people who live with only $1.9 per day, live in Asia!

However, there is also the tiny country of Singapore which is one of the richest, most modern and influential cities in the world. Singapore is a city state and leading country in modern technology and innovation and a major financial centre. Read more about Singapore here. 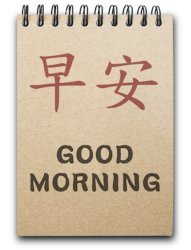 15. Asia Facts: Religion: Islam, Hinduism, Buddhism, Taoism and Confucianism are the main religions in Asia. Many religions originate in Asia, such as the Islam which is also the most widely followed religion in Asia. Judaism and Christian faith is practised by smaller population groups in the region.

Other countries with big cities in Asia are:

Shanghai in China is one of the world's most populous cities!

18. Animals: In Asia, there are monkeys, tigers, Asian elephants and many other animals. Due to the different climates were are snow leopards and polar bear in the north and tropical species such as the Komodo dragons in the South. On some Indonesian islands, there are the largest living lizards, the Komodo dragons, which can eat very large animals such as a whole buffalo! Did you know that the Asian elephants are smaller than African elephants? Tip: You can easily recognise them as such as they have much smaller ears see the Asian elephant below. 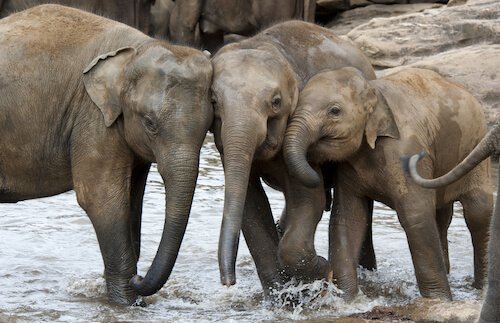 Asia is also home to many endangered animals such as the orang-utan in Borneo, the Chinese river dolphin or the dugong. 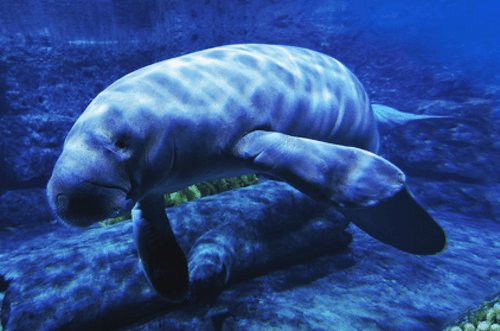 19. Main natural resources in Asia are minerals such as aluminium, tin, coal, gold and iron ore. Arab countries also are rich in fossil fuels as they have the world's largest deposits of natural gas and oil. Saudi Arabia is the world's largest oil producer. Interesting fact: The country of Bhutan in the Himalayas produces most of the renewable energy through hydropower!

Did you know? The only country in Asia that is located entirely in the Southern Hemisphere is Indonesia!

Test your knowledge with our Asia Quiz now 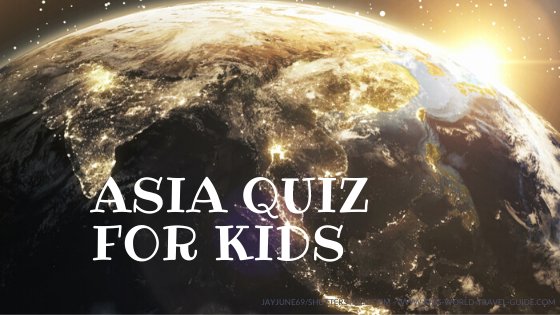 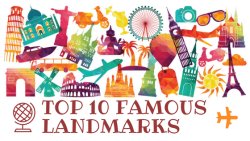 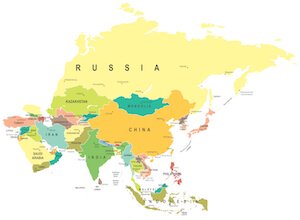 The 10 biggest Countries in Asia

'Asia is the largest continent in land size and in population.' 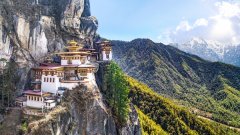 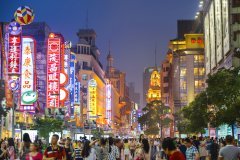 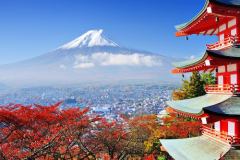 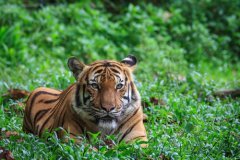 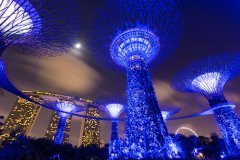 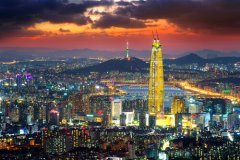 We just started a new Facebook group for you, please help us grow!