Here are some interesting Sri Lanka Facts which were chosen and researched by children especially for children. 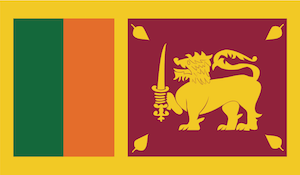 Sri Lanka is an island country located on the Asian continent, more exactly in Southern Asia, south of India. A land bridge between the island and India existed until the 15th century when a cyclone broke the land bridge apart.

The island is mostly flat with some mountains in the central-southern parts. The island of Sri Lanka is surrounded by the Indian Ocean. 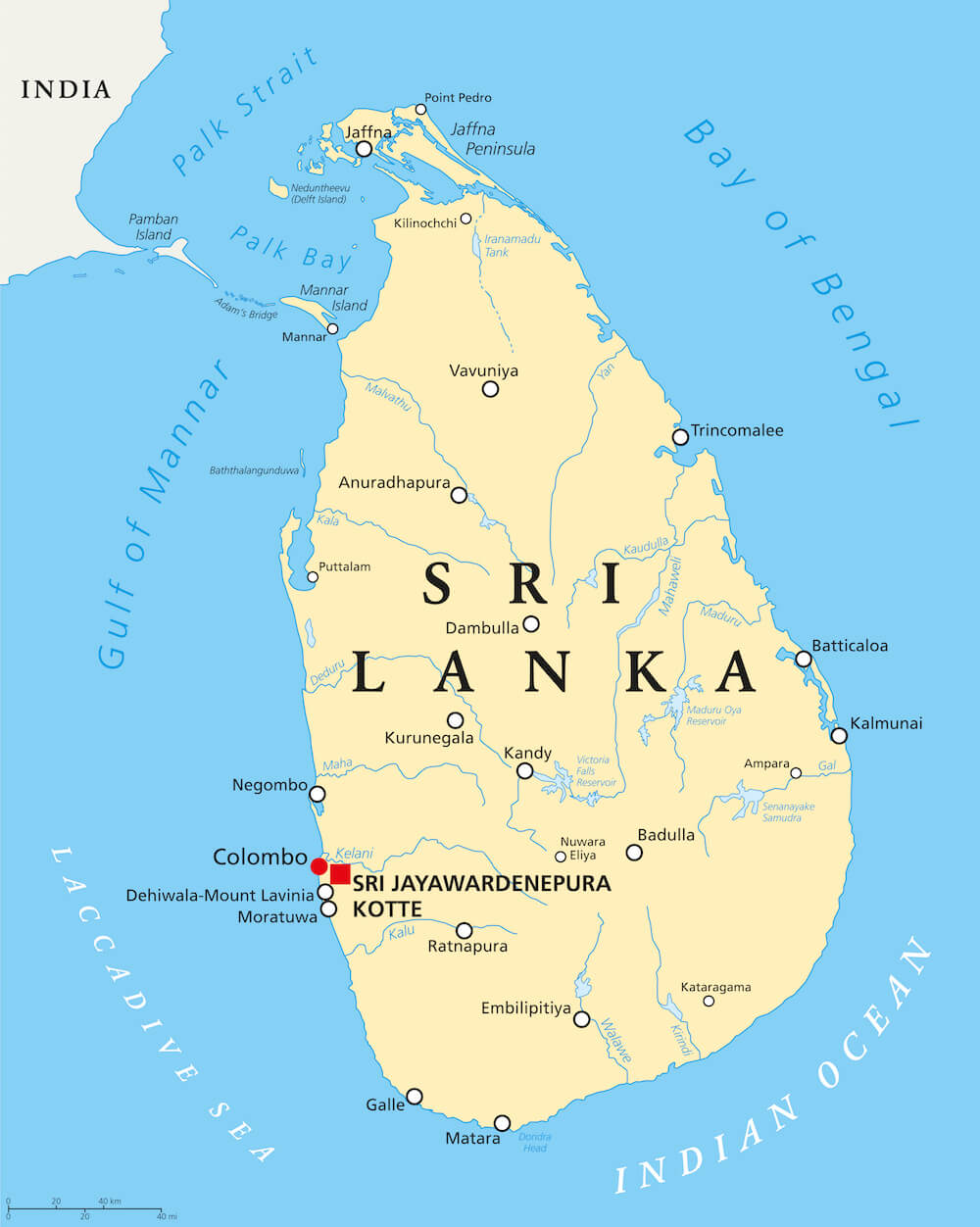 It takes a 10.5-hour flight from London/UK to reach Colombo/Sri Lanka, 17 hours from New York/USA and 14.5 hours from Sydney/Australia. 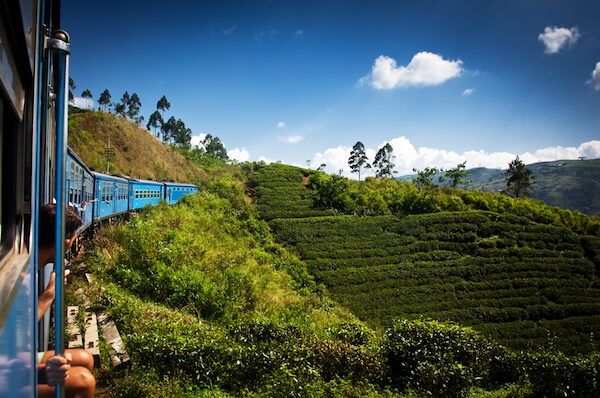 On the road to Kandy 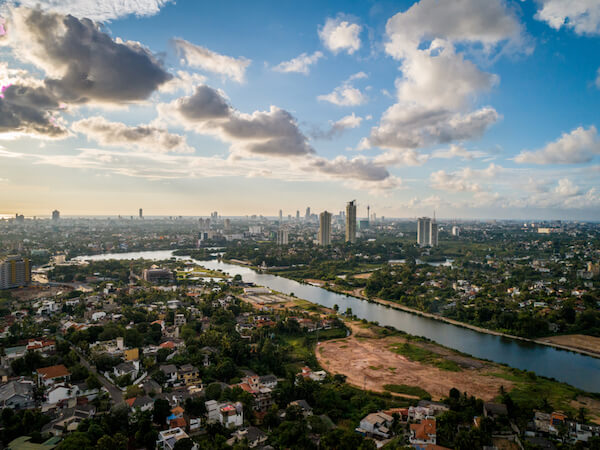 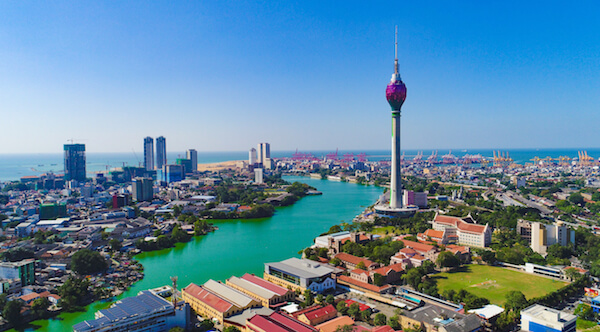 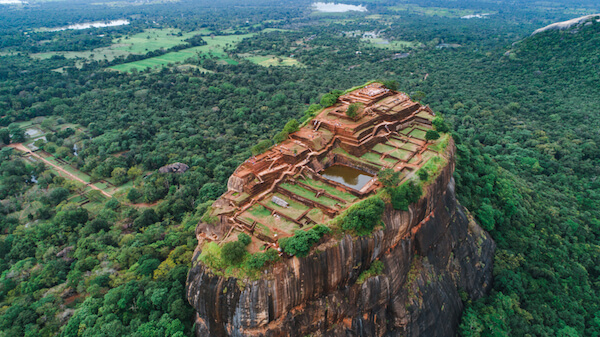 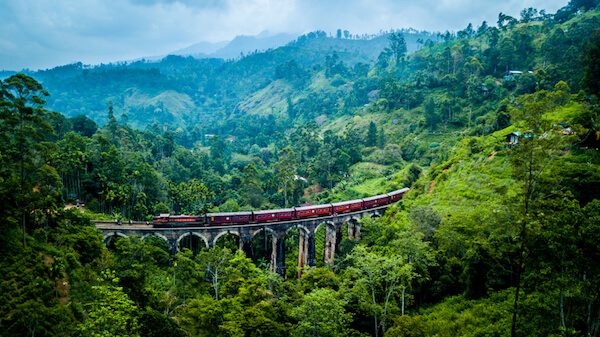 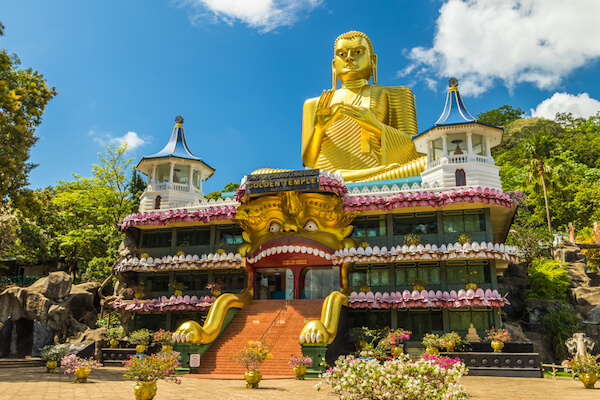 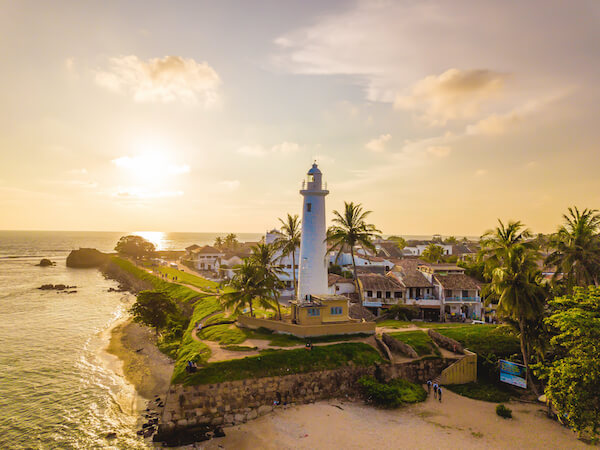 Lighthouse and Fort of Galle - image by Timo Gotz 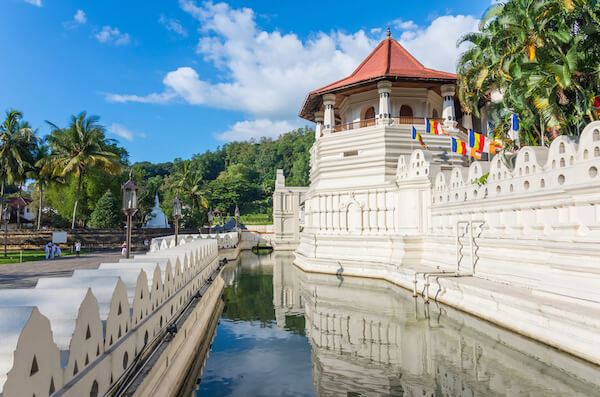 Temple of the Tooth Relic in Kandy 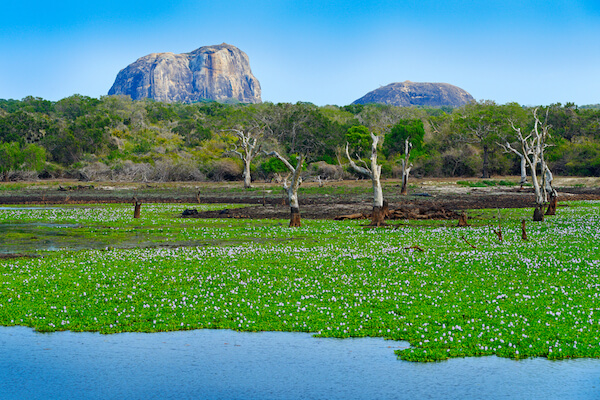 Sri Lanka is one of the world’s top biodiversity hotspots. There are more than 125 mammal special such as the Asian elephants or the Sri Lankan Leopard. 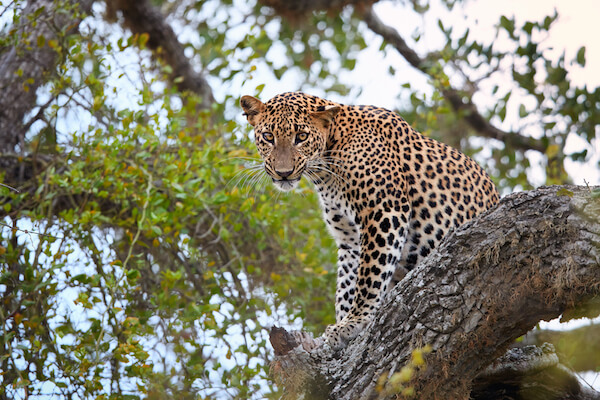 The Horton plains in the central highlands of Sri Lanka are home to many endemic species such as the sambar deer and the purple-faced langur and many endemic bird species.

Most of the people in Sri Lanka live in the country's southwestern regions and along the eastern coast as well as on the Jaffna Peninsula in the north.

The Sri Lankan people mainly live in rural areas and only 19% live in urban areas. 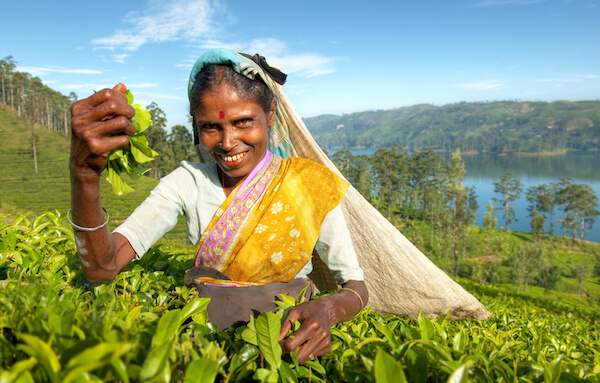 Tea picker in the tea plantations

Religion plays an important role in Sri Lankan culture and tradition. The religions in Sri Lanka are Buddhism, Christianity, Hinduism and Islam. Most of the people are Buddhists or Hindus. 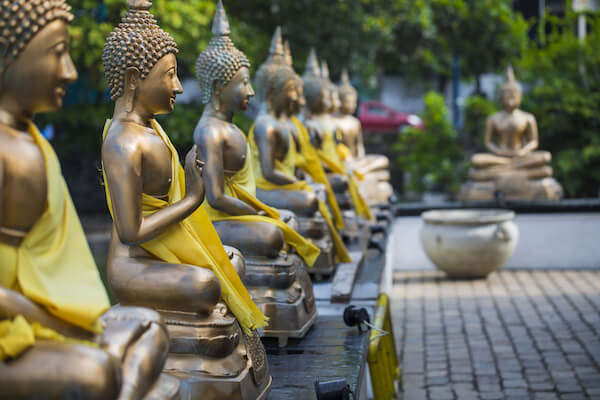 A typical Sri Lankan tradition is when greeting or when meeting a person, you should put your hands together and say the phrase "Ayubowan" which means 'hello' in a much more formal way. Another tradition is to welcome people and offer a glass of water or drink when visitors come to your house.

Sri Lanka has many unique customs and traditions. An essentially Sri Lankan festival that is celebrated annually, is the Sinhala and Tamil New Year, which is commonly referred to as the Aluth Avurudda. We will add more info about festivals here soon. So keep this page bookmarked!

The national languages are Sinhalese and Tamil. 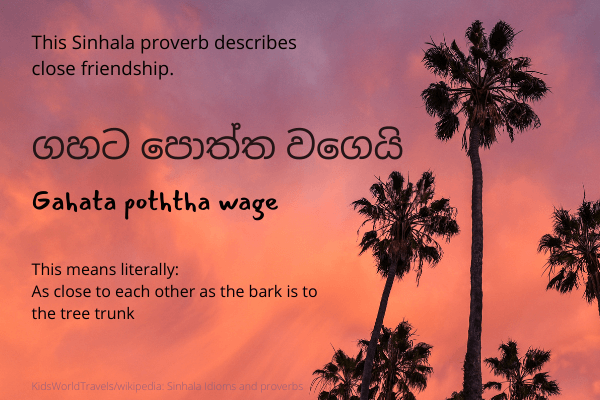 Did you know? Sri Lanka won the cricket world cup in 1996. The national sport is Volleyball.

Sri Lanka's cuisine is renowned for its delicious rice and coconut dishes. The country is also famous for its spices mainly cinnamon and black pepper.

Rice is the main staple food and is eaten throughout the day. It can be served with different curries made with vegetables, spices, meats, nuts, yams and fruits. 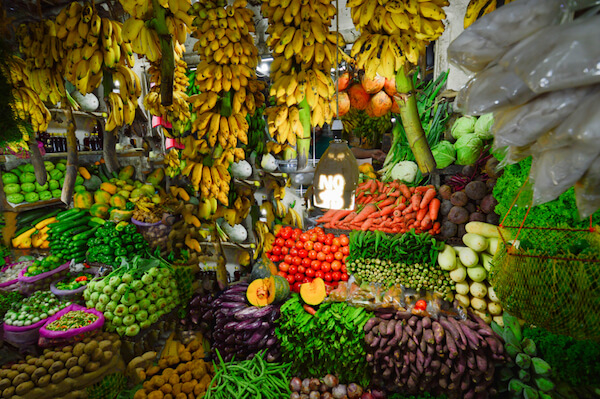 Fresh fruits at the market 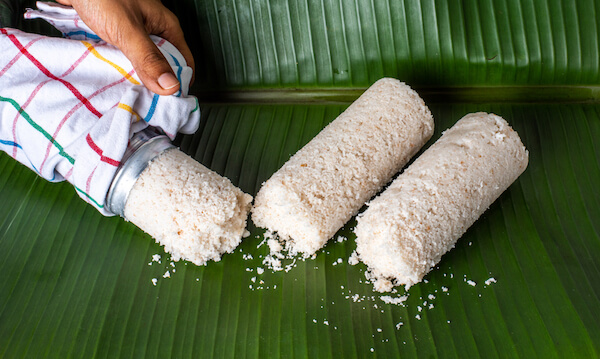 Pittu is traditionally eaten for breakfast

Sri Lanka is rich in gems, pearls and ivory. The main agricultural products are tea, rubber, coconut, sugarcane, coffee, herbs such as cinnamon and coffee.

The main trading partners are the USA, UK, India, China and Singapore. 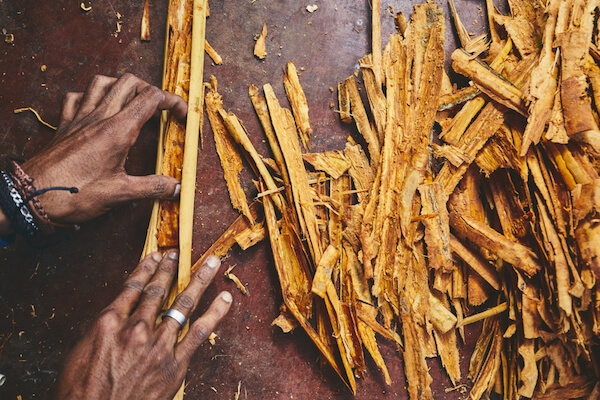 Cinnamon is the inner bark of evergreen plants

"In the southern coastal areas you will see many unique things, like stilt fishermen. Those fisherman stands on stilts from dawn to dusk to catch fish to sell." 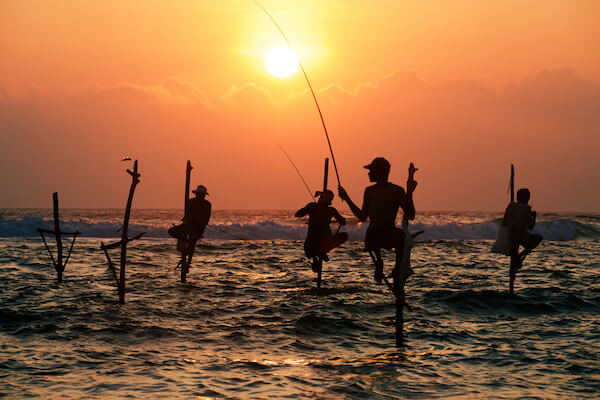 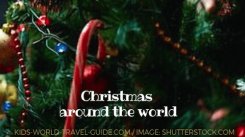 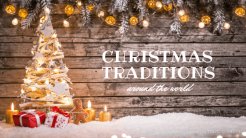 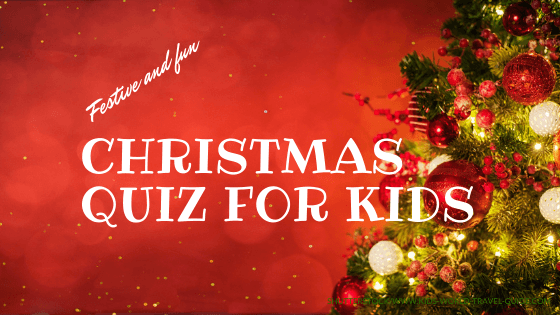 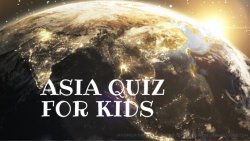 More about other countries in Asia 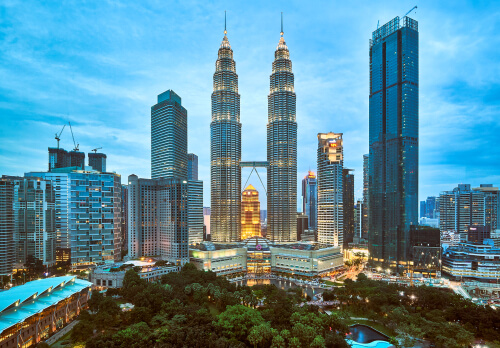 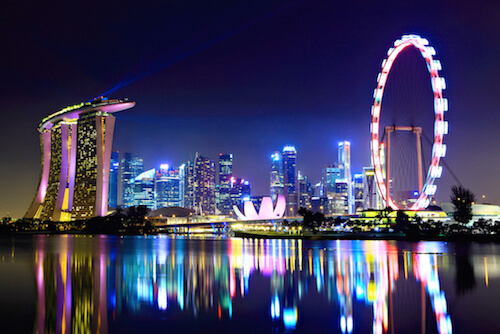 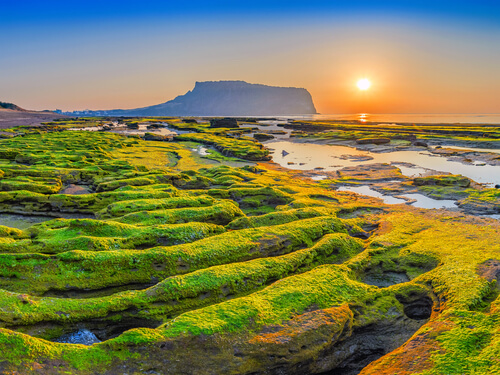 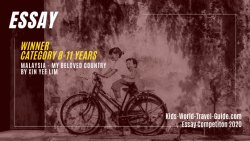