Here are some interesting Morocco facts which were chosen and researched by kids especially for kids.

Morocco is located on the African continent. The North African country borders the Atlantic Ocean and the Mediterranean Sea.

Morocco borders three countries: Algeria and Spain via the two Spanish enclaves Ceuta and Melilla as well as Western Sahara.

On the map you can see the neighbouring countries and the location of the country's capital city Rabat. 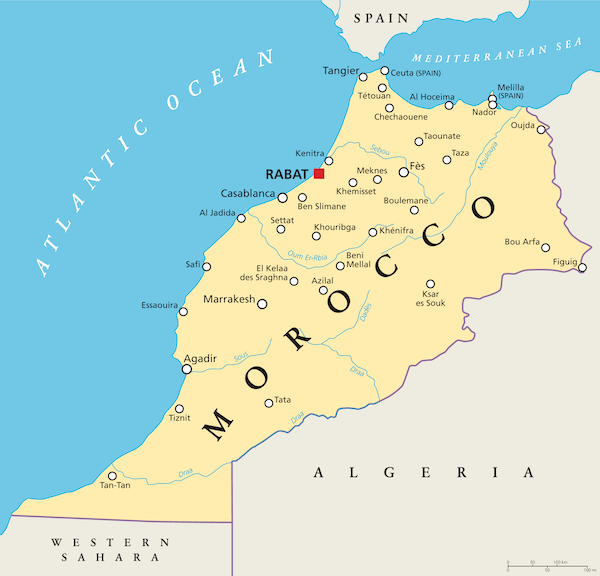 Spain lies across the Straits of Gibraltar to the North of the country.

A flight to Morocco takes about 4-hours flight from the UK and it takes about 15-hours to fly from New York/USA.

Morocco is slightly bigger than California/USA or a bit smaller than twice the size of the UK.

The fertile coastal regions are bordered by the high Rif mountains in the North and the Atlas mountains that are separating the western coastal region from the Sahara desert. 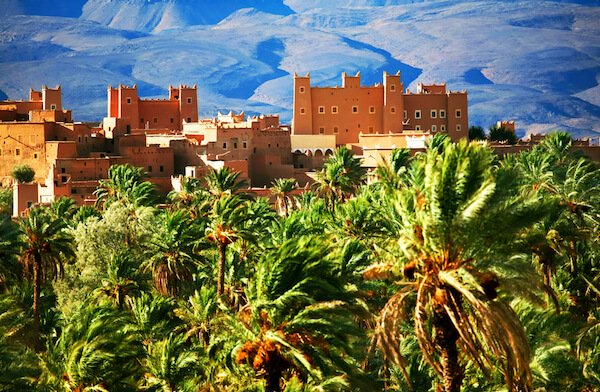 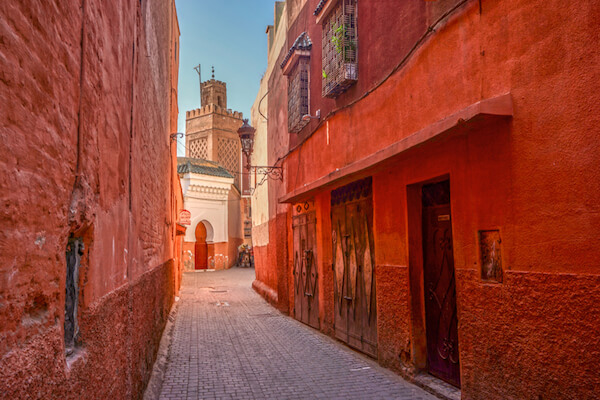 The 'Red City' of Marrakech in Morocco 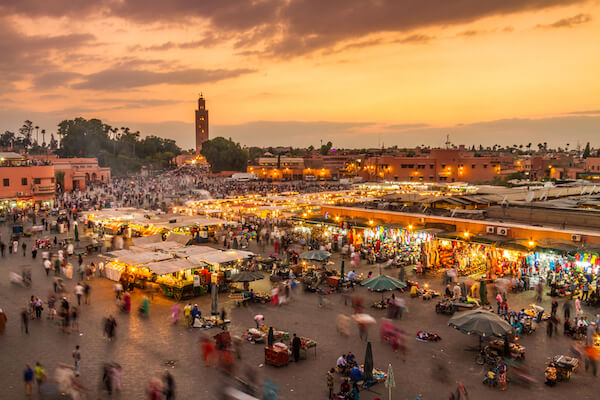 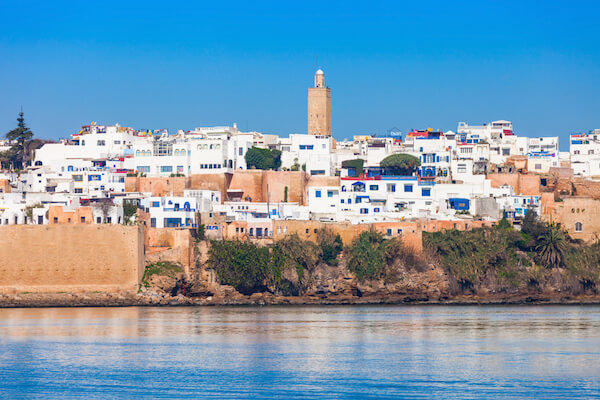 Rabat - the capital city of Morocco 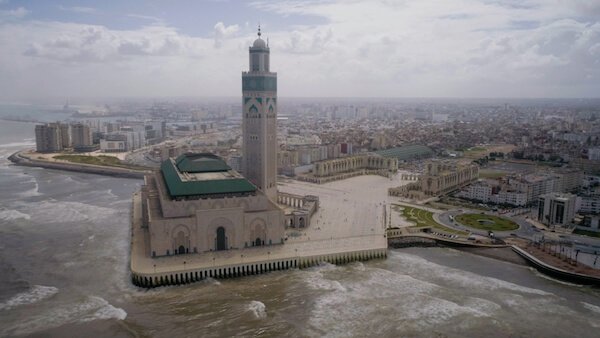 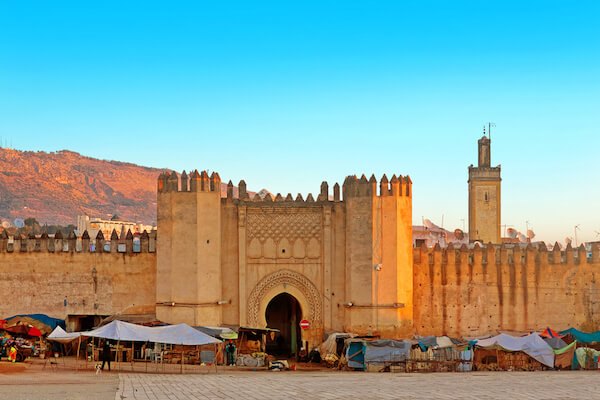 Medina of Fez in Morocco 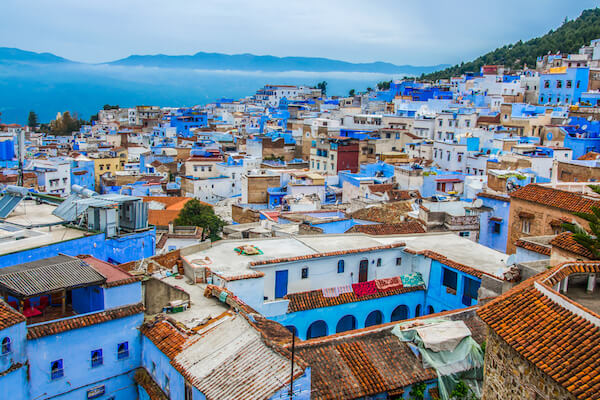 Chefchaouen is known as the Blue City in Morocco 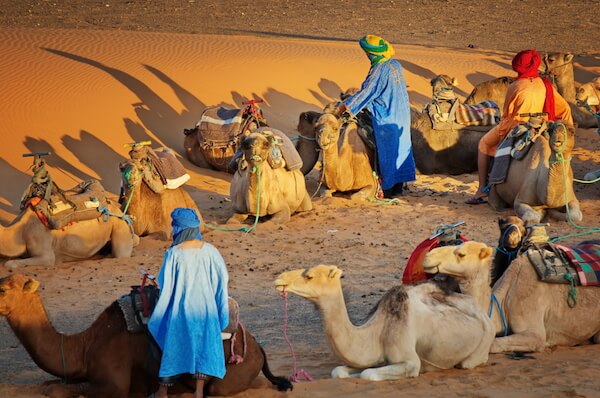 Sahara trekking with Berbers in Morocco

The economy in Morocco is mainly driven by agriculture, mining, the tourism and textiles industries. 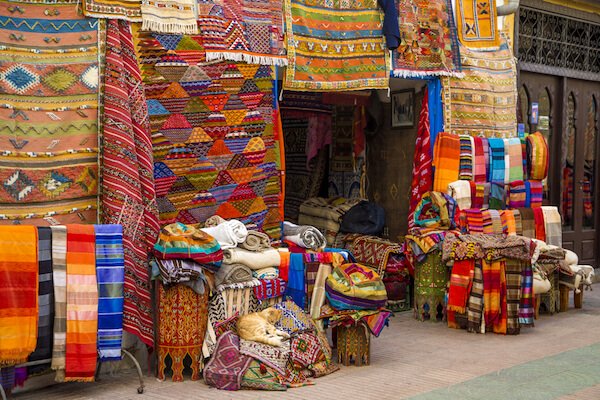 Mining plays an important role in Morocco. The main resources are phosphates, iron ore and zinc.

Argan oil is a plant oil that is extracted from the seeds of the Argan tree that grow abundantly in Morocco. Argan oil is used as a beauty oil in skincare and haircare and is also used in food. 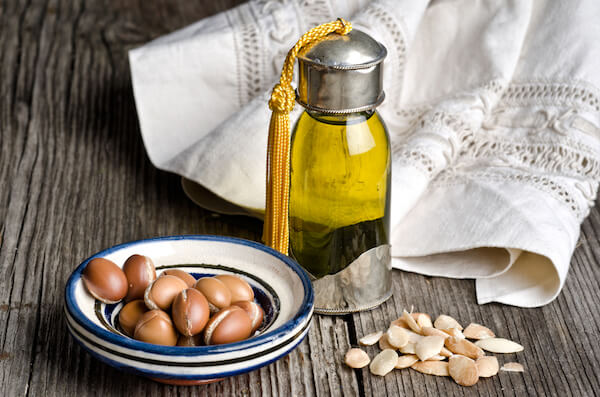 The main trading partners of Morocco are Spain and France.

The major cities in Morocco are Casablanca, Rabat, Fez, Tangiers and Marrakech.

Two out of three Moroccans live in urban areas, such as the capital city or in larger towns. The eastern parts of the country are only very sparsely populated. 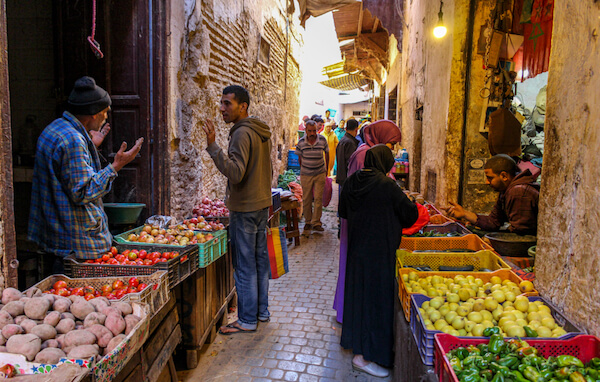 Fruit vendors in the Fez medina - image by Dino Geromella

In rural areas, many people are poor, unemployed and some older people are illiterate. Literacy rates constantly improved vastly over the last decade and today, about 75% of the adult population can read and write properly.

Children go to primary school for six years, then they move on to middle school and high school. Nine years of basic education for children from 6 - 15 years are free and compulsory. Drop out rates from middle and high school are still high, especially in rural areas.

The most popular sports in Morocco are soccer (football) and athletics.

Moroccan Arabic is the main working language in Morocco, the official languages are Arabic and Berber.

Tamazight, Tarifit and Tashehit are the most widely used Berber languages. Standard Arabic and French is taught as first foreign language in schools. 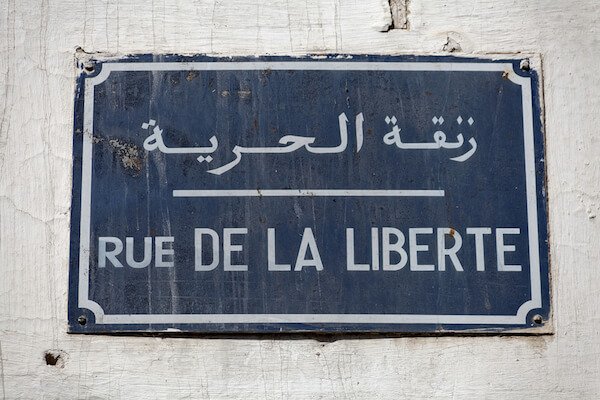 Street signage in Morocco in Arabic and French

English can be understood and spoken mainly by young people who learn the language in school or privately.

Food in Morocco | Facts about Morocco

A wide variety of nuts and pulses such as lentils, split peas, fava beans or chickpeas are popularly used in many dishes as are lamb and chicken. Spices, dried fruits and flower buds that are used in many dishes can also be sourced at the local markets. 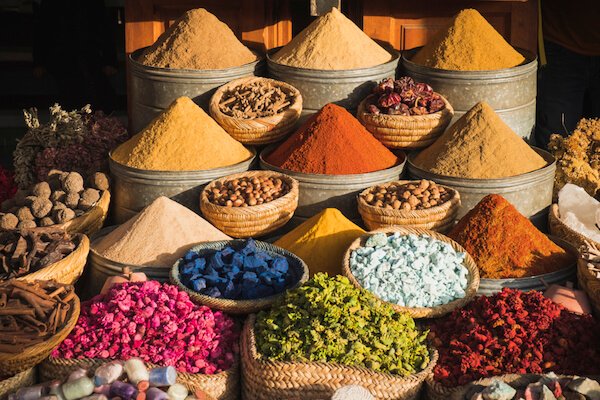 Variety of spices at a market stall in Morocco

Olives, citrus fruits and mediterranean vegetables such as tomatoes,  as well as honey and dates are heavily used in the Moroccan cuisine.

Here are some typical Moroccan food and dishes: 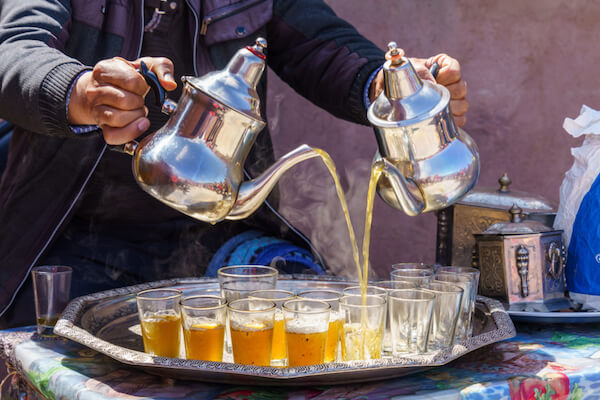 The national animal of Morocco is the Barbary lion. These big lions once roamed the areas around the Atlas mountains but unfortunately they are now extinct in the wild. Only a small number of descendants of the Barbary lions still live in European zoos. 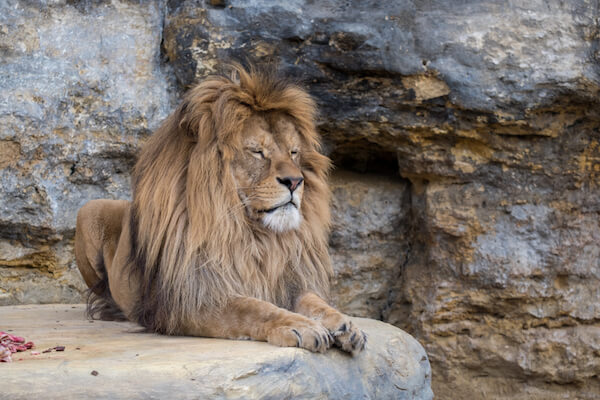 There is a wide variety of wildlife in Morocco. On the coast you can spot dolphins and sea birds as well as porpoises.

A very special sight in Morocco are also the goats climbing Argan trees! These cleverly climbing animals can be best spotted in the region around Essaouira and Agadir. There they try to nick the fruits and happily chomp away before the fruit's harvest season in early summer. 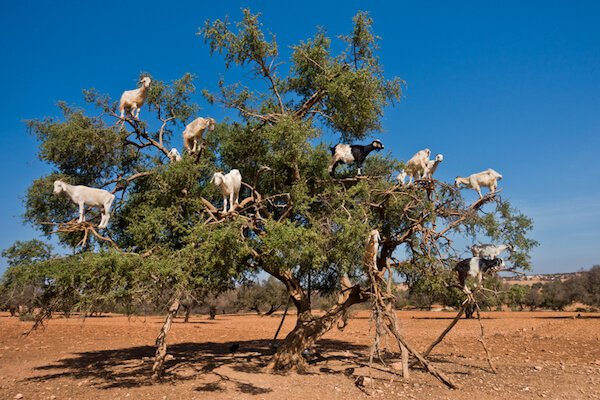 Image Credits on Morocco Facts: photo stock from shutterstock and wikicommons, if not otherwise stated.

We hope you enjoyed reading our Morocco Facts. Please bookmark this page and spread the word. We will add more information in the near future as we still have to sort through our images and stories from our recent travels.

Back from Morocco Facts to Kids-World-Travel-Guide 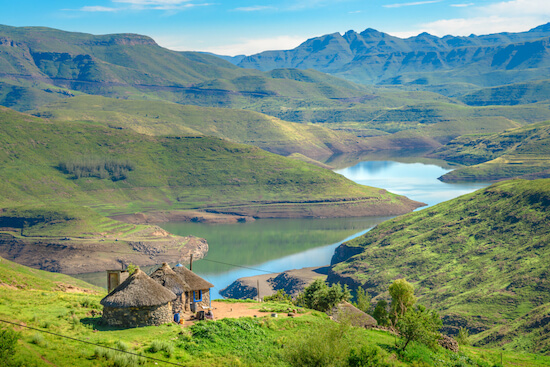 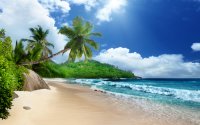