Oldest Desert in the World

The Namib is the oldest desert of the world and is more than 55 million years old.

The official name is 'Namib Sand Sea'. The desert is referred to as 'sand sea' as there is hardly any vegetation in this desert.

The Namib desert is a coastal desert and stretches along the Atlantic coast roughly from the northern South Africa into southern Angola over 2,000 km/ 1,242 miles. The Namib desert stretches over a quite narrow band which is 50-160 km/ 30-100 miles wide. 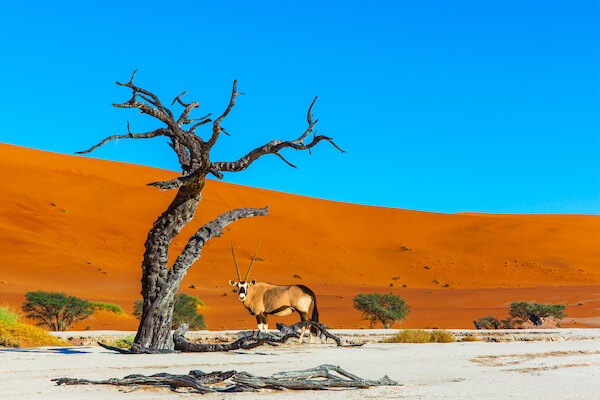 Oryx in the Namib desert

The Namib is the only true desert in southern Africa and there are only a few small settlements in the region. Animals that survive in the dry environment of the Namib include antelopes such as springboks and oryx, ostriches and black-backed jackals, meerkats and lizards.

Some parts in the Southern region are also restricted access areas as here diamond mining operations are still in place. Salt and the rare metal tungsten are also mined in the Namib.

The name 'Namib' originates from the local Khoekhoe language and refers to a "vast empty area". 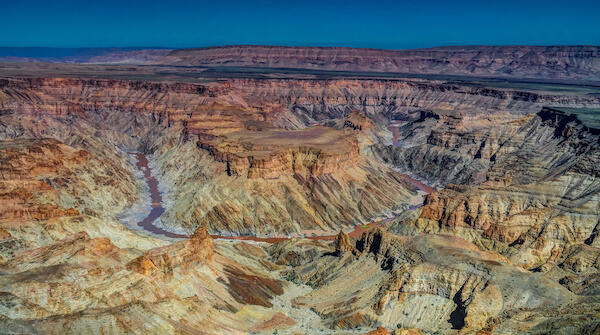 There are great view points of the canyon and a canyon resort near Grünau in southern Namibia. There is a Fish River hiking trail which is 90 km/ 56 miles long and the multi-day hike can be undertaken between May and September only as during the other months the river often experiences flash floods and it is just way too hot to hike the river bed. 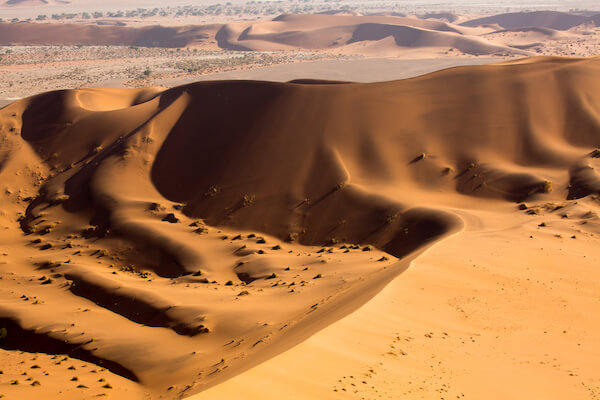 The Big Daddy dune is located in the Namib-Naukluft National Park between Sossusvlei and Deadvlei while Dune 7 is near Walvis Bay closer to the coastline. Another great dune to visit is Dune 45 also near Sossusvlei and is said to be the most photographed dune in Namibia.

However, you should know that there are higher dunes in Argentina, Peru, Chile, China and Iran.

The Largest Iron Meteorite ever found

The Hoba meteorite is the largest known single meteorite in the world. This is a massive piece of iron, or more exactly ferronickel. Researches believe the meteorite fell on Earth about 80,000 years ago.

The Hoba meteorite is composed of iron and nickel and weighs about 60 tonnes, which is as much as 100 polar bears or 10 elephants! 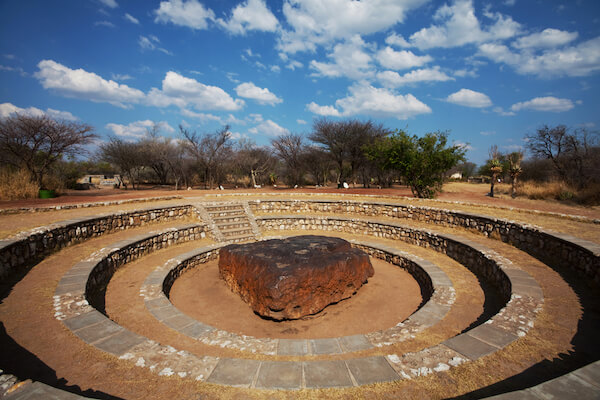 The Hoba meteorite is about double the size of the world’s second largest meteorite El Chaco found in Argentina!

The name Hoba means 'gift' in the local Khoekhoe language. The meteorite was found on a farm in northern Namibia near Grootfontein in 1920. The meteorite is now a national monument and is a major tourist attraction in the area.

Namibia is the second least densely populated country in the world - after Mongolia. The huge country Namibia that is about double the size of California/ USA houses three million people. California houses 40 million people!

Namibia's total population thus shares an area that is also about the size of New South Wales in Australia, where about 9 million people live.

In another comparison, Namibia is more than triple the size of the UK which is home to 67 million people. 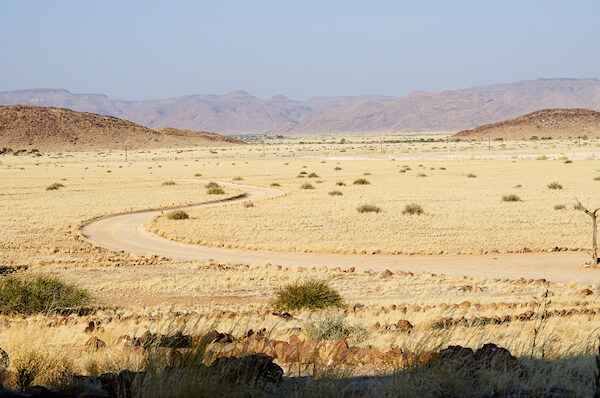 Namibia's largest city and capital city Windhoek houses about half a million people. The country is, however, mostly populated sparsely and Namibians live mainly in some small towns, which are close to rivers or are located close by the coast and there are small settlements and farms here and there throughout the country. 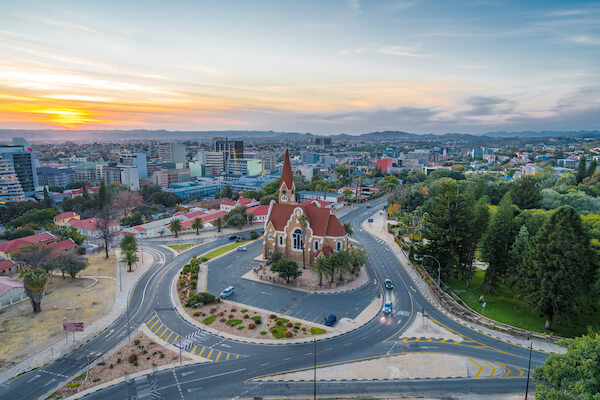 A huge Green Hydrogen Plant is currently planned and built in Southern Namibia. The plant will be located south of the picturesque coastal town of Lüderitz.

The green hydrogen-to-ammonia plant project was first presented at the World Economic Forum in Switzerland in early 2022. 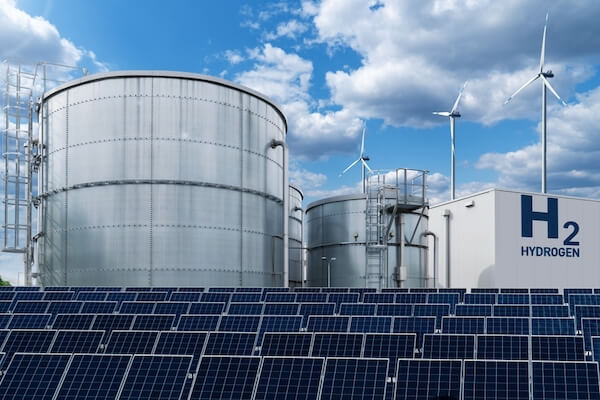 The plant will be established in the coastal area of the Tsau//Khaeb Nationalpark as this is a unique place in terms of extremely high solar radiation of about 2800 hours sunshine yearly and wind speeds of 10m/s that are reached usually only in offshore installations.

Namibia is one of only five locations worldwide with comparable potential of high sun radiation and strong winds. The other five locations are: Australia, Chile, Morocco, Saudi Arabia and South Africa.

The Cape Cross Seal Reserve in Namibia, located north of the town of Swakopmund, is the largest breeding colony of the Cape fur seals in the world. 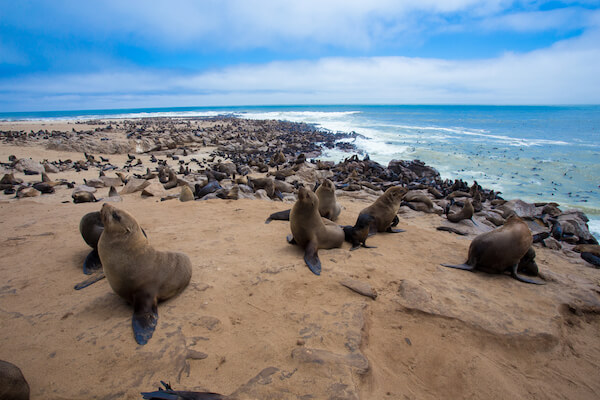 The breeding season at Cape Cross is in November and December when over 200,000 seals come there to breed.

Namibia is home to the largest population of free roaming cheetahs. The cheetah is our planet's fastest land animal.

About one third of the world population or 2,000 of the highly endangered animals live in Namibia. 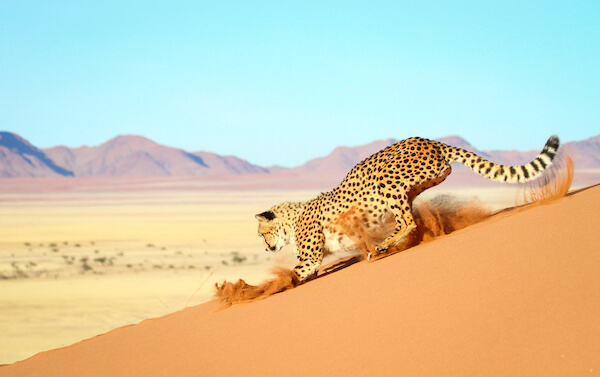 The world’s fastest land animals can reach speeds over 110 kmh or 70 mph. They reach their top speed within 3 seconds!

Cheetahs are also the oldest big cats, they have poor vision and can purr but don’t roar - which is common with other big cats.

Did you know, 4 December is International Cheetah Day!

Namibia has the world's highest output on high-quality diamonds and the largest deposits of marine diamonds in the world.

Namibia’s coastline is the centre of offshore-mining of this precious resource. The shallow waters allow for easier exploration and harvesting of the mineral resources in the sea bed. 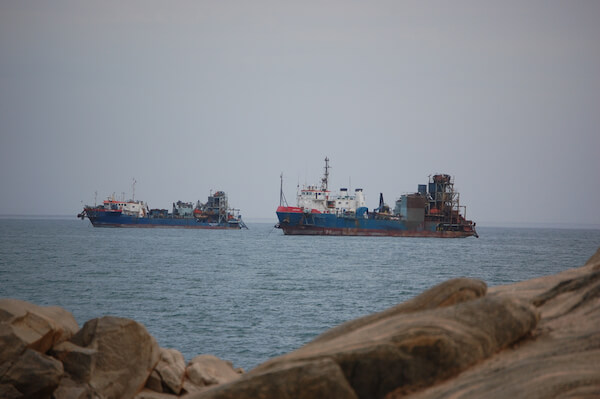 A new diamond dredging vessel has been built and is expected to increase mining operations from 2022 onwards to up to 500,000 carats of diamonds per year.

Only about 3% of the Namibian seafloor has been explored so far and seabed mining is still in early days, although nature conservation warn about overusing resources.

Secondary diamond deposits are those that come from further away and eroded volcanoes. In Namibia marine diamonds are secondary diamonds that have been transported from far away volcanic sites to their current place at the bottom of the Orange River mouth. Thus the diamonds are smaller due to travelling longer distances but have an extraordinary clarity and are ranked top for their high quality.

Image Credits: Shutterstock.com, freeimages.com, canva.com as well as own images if not otherwise mentioned. 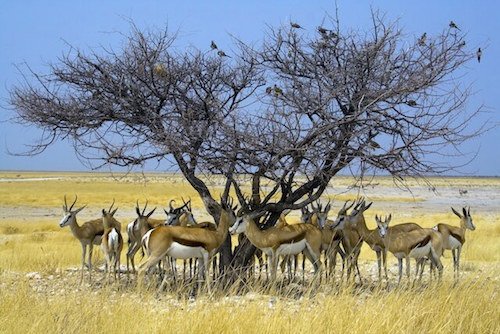 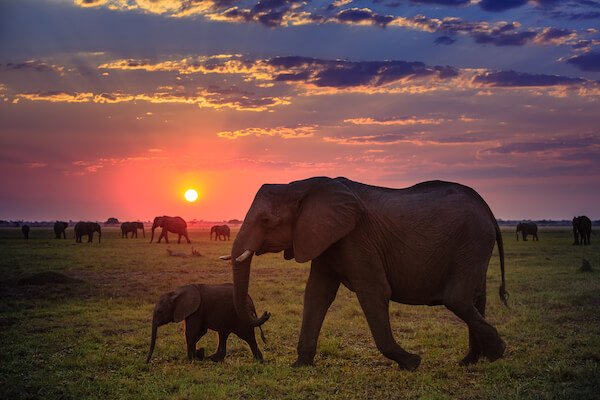 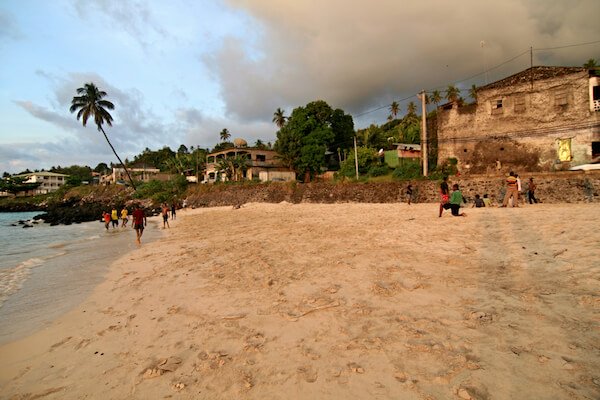 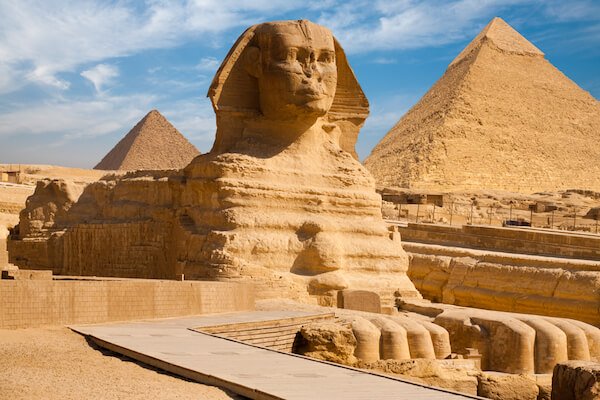 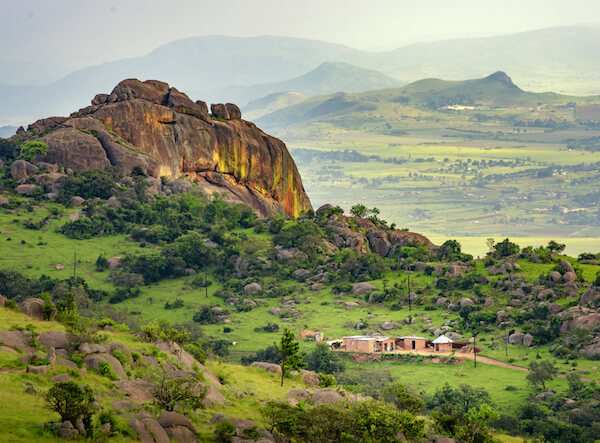 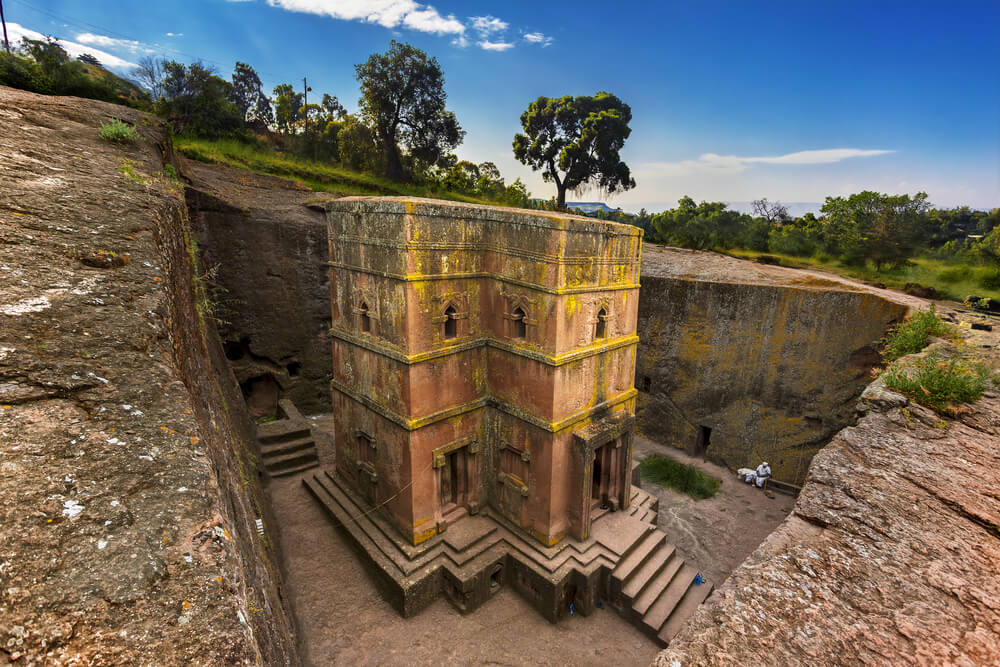 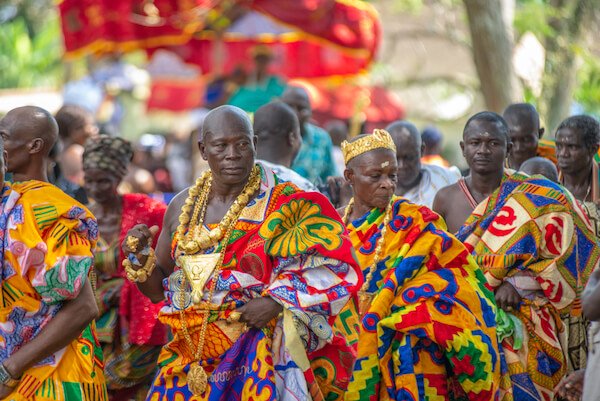 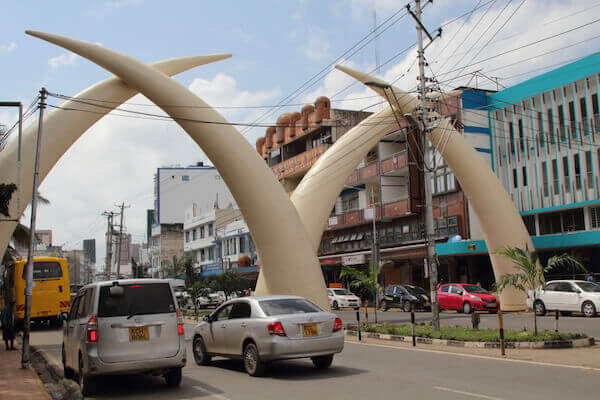 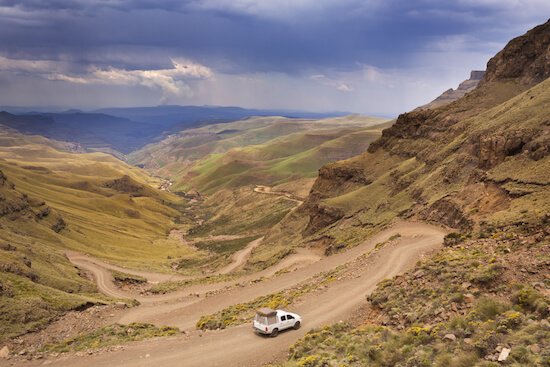 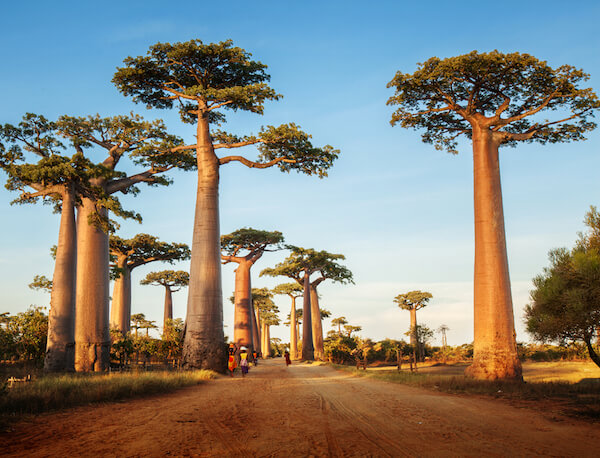 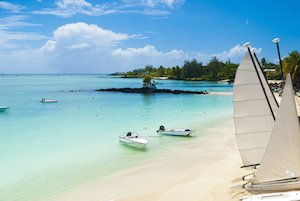 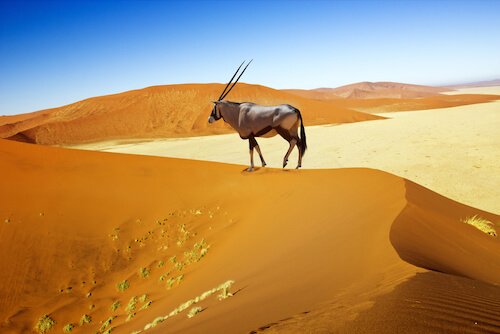 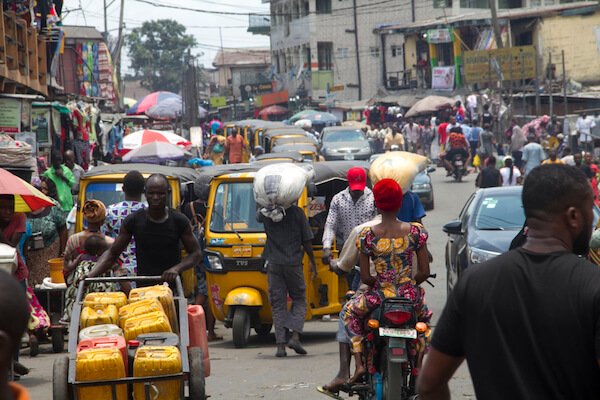 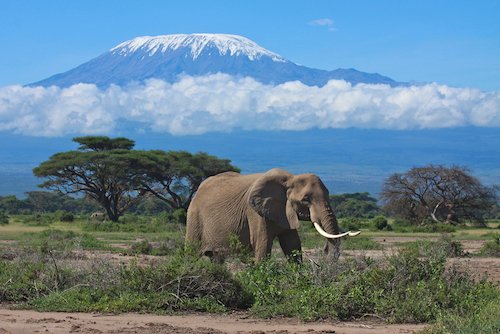 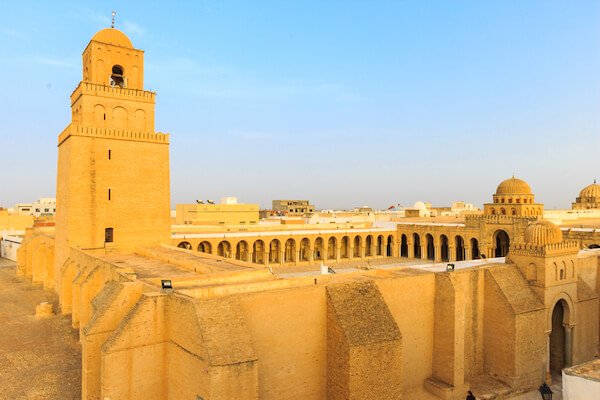 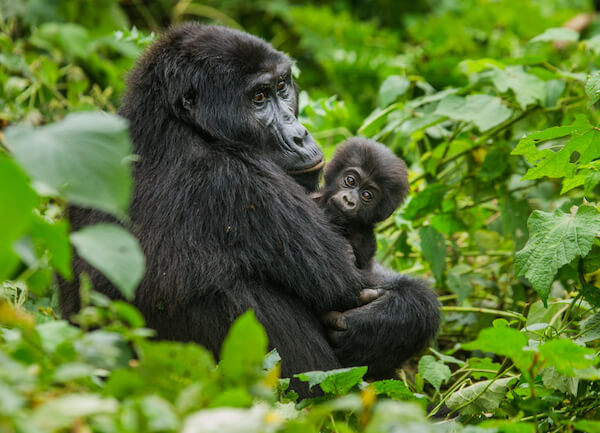