Mauritius is an independent country in Africa. The republic of Mauritius is part of the Mascarene islands, a group of islands created by volcanic activity in the Indian Ocean. 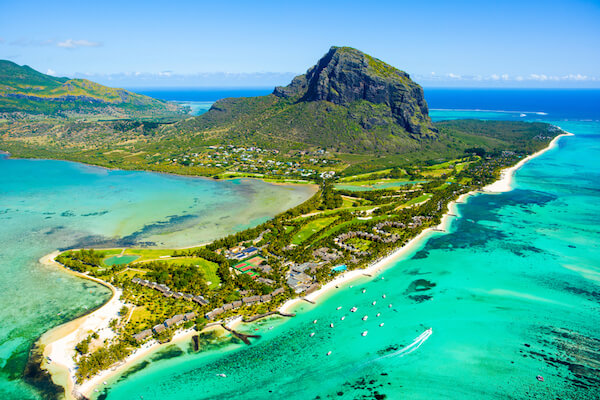 The Republic of Mauritius thus includes the North Island and South Island of Agalega and the island of Tromelin - France also claims the territory of this island. There are also the Cargados Carajos (Saint Brandon), an archipelago, and the Chagos Archipelago which comprise 58 islands of which the largest is Diego Garcia.

The Mascarene islands in the Indian Ocean include the various islands of Mauritius as well as the island of Réunion, an overseas territory of France as you can see on this map. 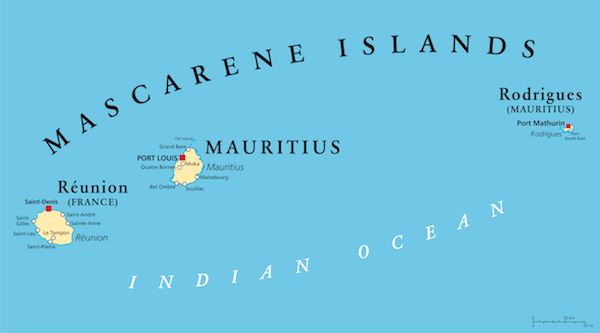 Mauritius is smaller than Réunion

Rodrigues island lies about 560 km/ 348 miles to the east of Mauritius island.

About the name 'Mauritius': The Indian Ocean island is today called Mauritius and also referred to as Maurice (in French) or Moris (in Creole).

The island was named ‘Mauritius’ in honour of Prince Maurice van Nassau by the Dutch explorers who landed on the island in 1598.

On early maps of about 1500 drawn up by Arab sailors, the island was named as Dina Arobi which means 'deserted island'.

It is believed that Portuguese sailor Domingo Fernandez Pereira was the first European in 1511 on the island that then was known under the name of ‘Cime’. At that time also the Mascarene islands were named after Portuguese Don Pedro Mascarenhas.

Mauritius is situated near the Tropic of Capricorn at 20° South latitude and 57° East longitude. 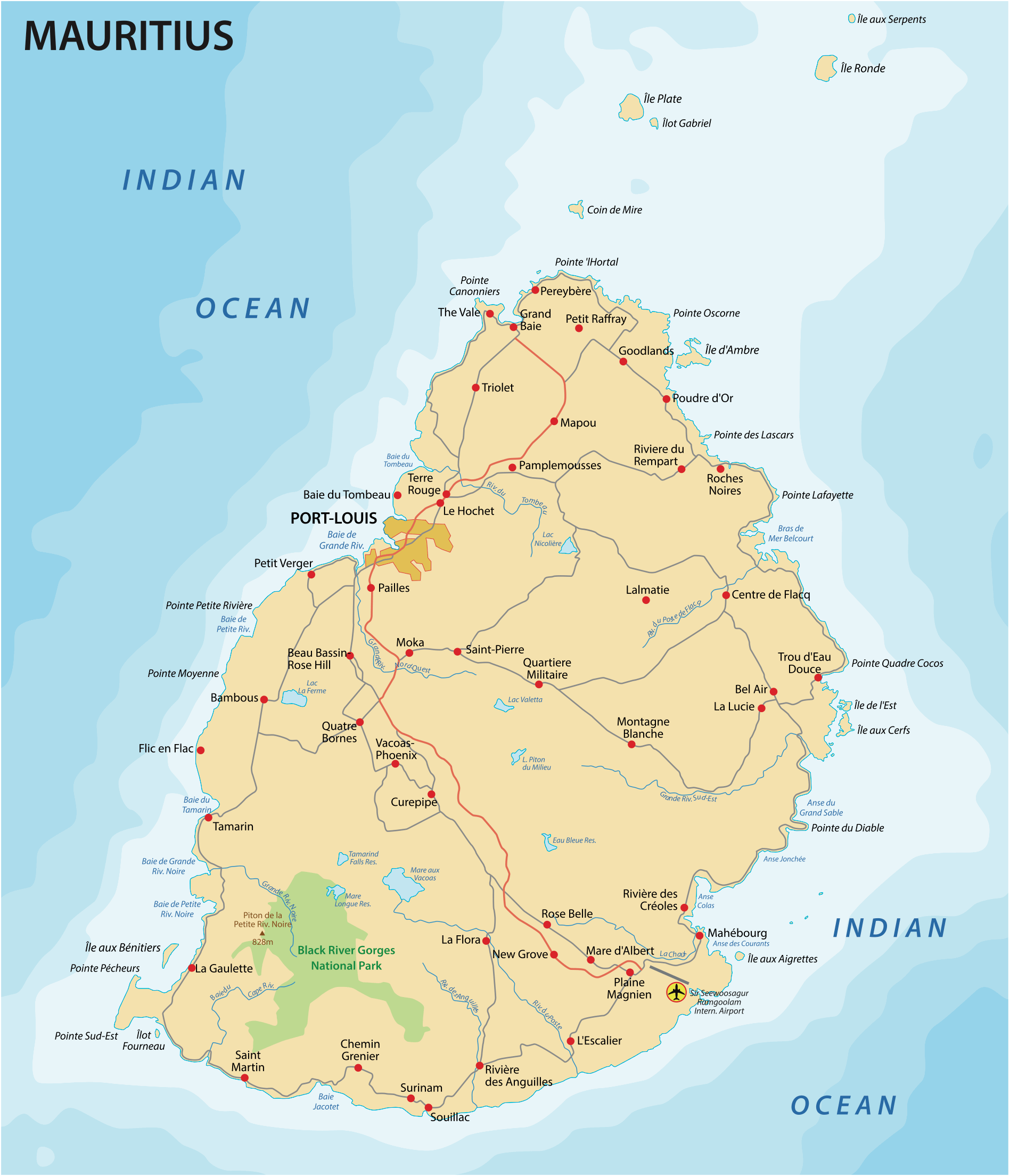 Map of Mauritius with rivers and towns

Mauritius island is said to have the shape of a pearl and the island measures a width of max 45 km/ 30 miles and a length of max. 65 km/ 40 miles.

The main island covers 1,864 km2/ 720 sqm. Compared to countries in Europe or North America, the island of Mauritius is smaller in size than Luxembourg or a bit bigger than the state of Delaware in the USA.

Mauritius island is of volcanic origin. The island is only about 12 million years old and started to emerge from water about 8 million years ago. There is no more volcanic activity today. The volcanic soil can be seen in the uniquely multicoloured soils at Chamarel. 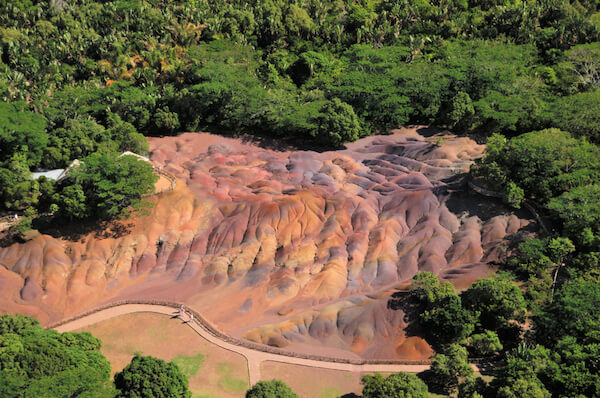 Among the main landmarks of Mauritius are:

The plains are remnants of the former lava flows of the volcanoes that once were active on the island. The largest volcano was once the Curepipe Point.

The highest mountain of Mauritius is the Piton the la Petite Rivière Noire, a peak with a height of 828 m/ 2,717 ft that is located in the country's Southwest. 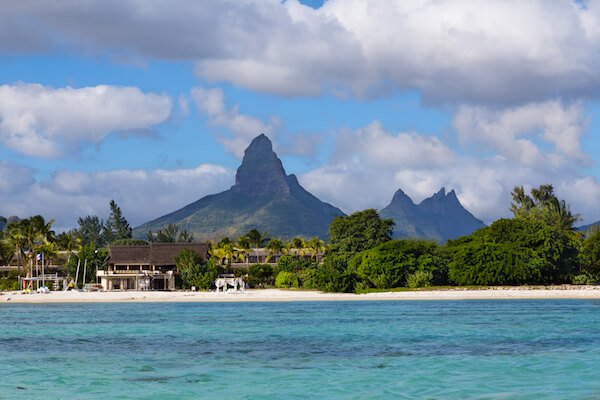 Inside the ring of mountains, Mauritius has a high plateau in the centre of the island with an altitude of about 400 m/ 1,312 ft above sea level, with higher elevations in the south and west of the island than in the north and east. Lower plains and rolling hillsides cover almost half of the country. There are some isolated peaks dotted throughout the island.

The mountain areas spot many deep valleys, river gorges and waterfalls, such as the Sept Cascades waterfalls or the waterfalls in the Black River Gorges National Park. The Chamarel waterfalls are the highest waterfalls of Mauritius. 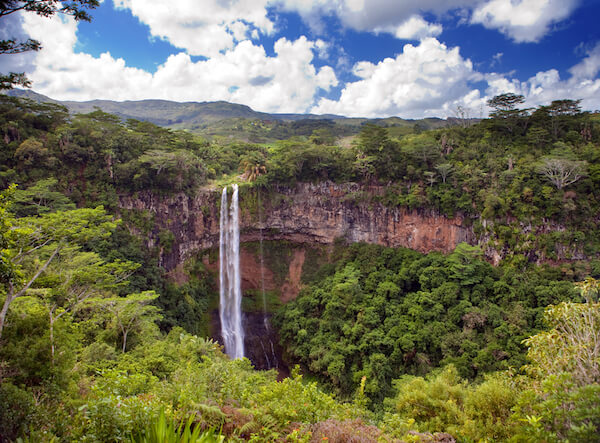 The island is dissected by many small rivers and streams running down to the coast from the central plateau, the streams are all quite short due to the small size of the island.

The longest of the rivers is the Grand River South East with about 27 km/ 16 mi in length. The Black River on the island's southwestern region is another long river. There are marshes and pools along the coastal plains. 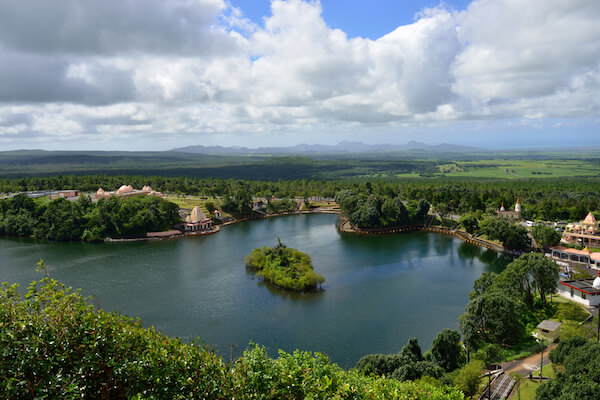 This lake, also referred to as Ganga Talao, which means ‘lake of the goddess Ganga’ is the most sacred Hindu site in Mauritius with a statue of Lord Shiva standing tall at the lakeside. 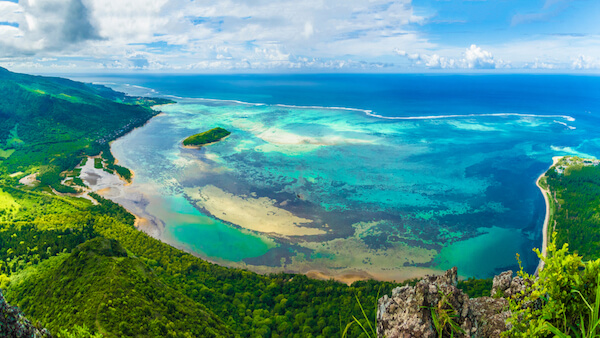 Mauritius is almost entirely surrounded by coral reefs which are part of one of the world’s largest reef systems. A large oil spill near Mahebourg and Blue Bay in Mauritius's South in July 2020 is a threat to the health of the lagoon and coral reefs of the island.

More than 300 beaches line the Mauritius coast where there are transparent turquoise lagoons and white sandy beaches. 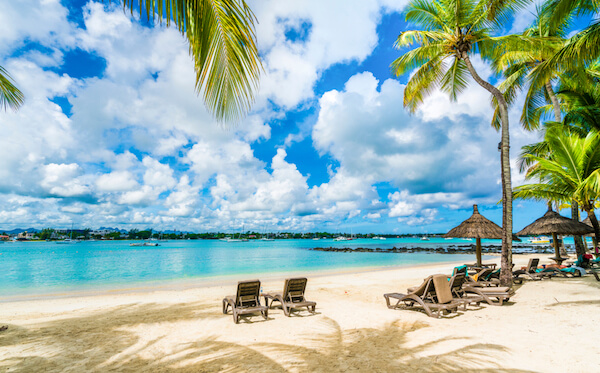 Mauritius has a maritime climate with two seasons: hot and wet summers and cooler and drier winters. Due to the location of the island close to the Tropic of Capricorn,the climate is predominantly subtropical.

From May to October, southeastern trade winds prevail on the island. The trade winds affect especially the eastern side of the island and the temperatures there are generally lower while the sky is often more cloudy in the East and South than in the northern and western parts of the islands. 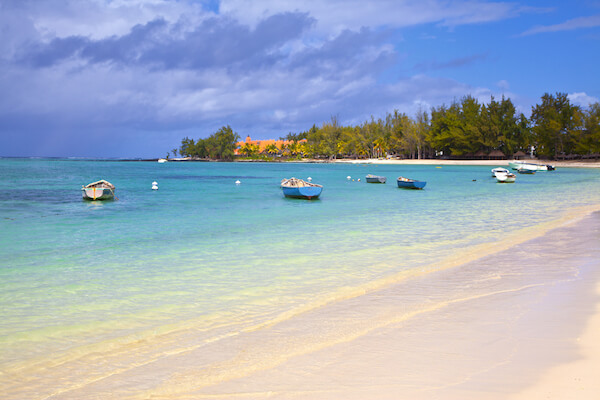 Cyclone season in the Mascarenes lasts from December to March. During this time sometimes also flight disruptions in the region occur.

Mauritius was first settled by the Dutch from 1638 onwards but the colony remained small and was abandoned by the Dutch in 1710 - only after they had introduced deer, domestic animals and sugarcane. A hundred years later and under French rule since 1715, the island had a population of about 1,000 people.

Mauritius grew under French rule and thirty years later the population already counted 20,000 people. The population then included up to 15,000 slaves who were brought in mainly from the African continent including Madagascar.

When in 1835 the British abolished slavery, the population had grown to about 100,000 people. In the following thirty years, more than 200,000 labourers were brought to Mauritius from India. These Indians were of Muslim and Hindu faith. Later Chinese traders followed to settle on Mauritius. Today people from all over the world have found their home in Mauritius. 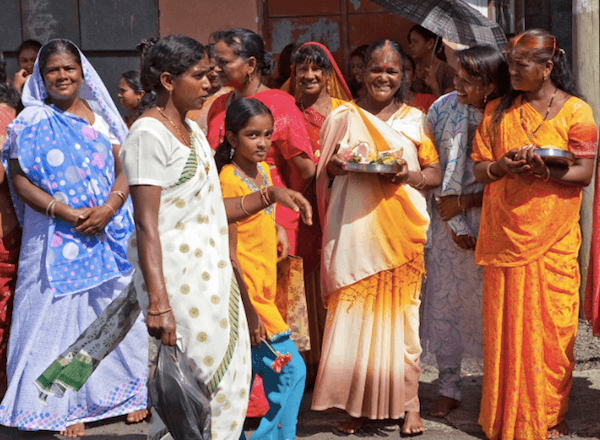 Today about 1.3 million people live in Mauritius. Mauritius has a multicultural society of people with mainly European, African, Indian and Chinese origin. Mauritius is the most densely populated country of the African continent!

The official language of Mauritius is English, but French and Creole are widely spoken. The mother tongue of most Mauritians is Mauritian Creole, called Morisien, a French-based Creole.

Hinduism is the most dominant religion in Mauritius.

The Mauritian economy is based mainly on tourism, agriculture, textile manufacturing as well as on financial and IT services.

On the plains, sugarcane is the predominant crop while vegetables and tea plantations are also found on the island. Fish processing and sugar production are among the main industries in the country. 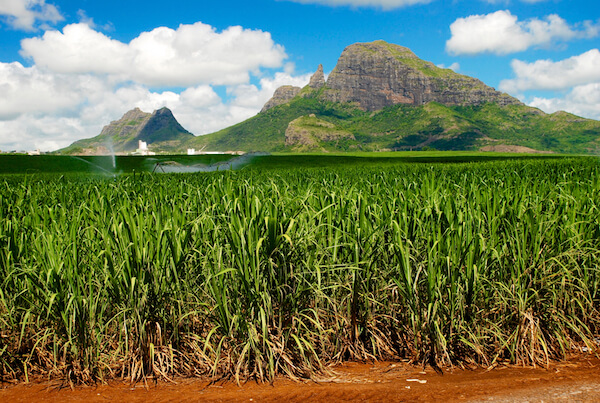 More facts about Mauritius Geography can be found here.

Return from Mauritius Geography to Mauritius Facts for Kids 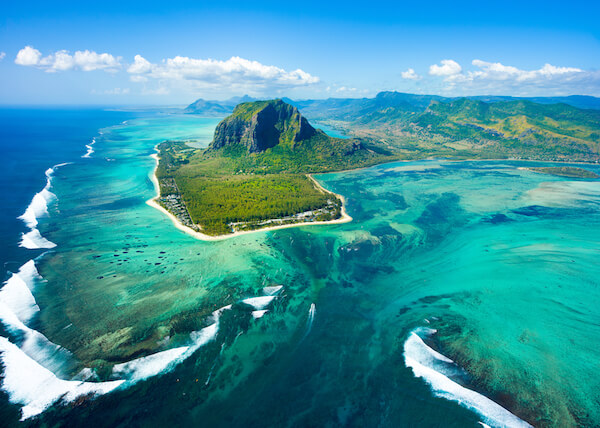 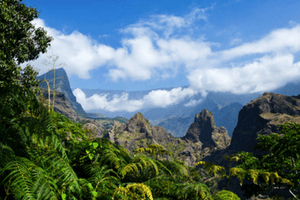 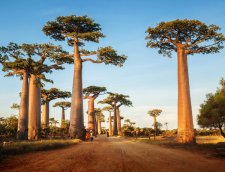 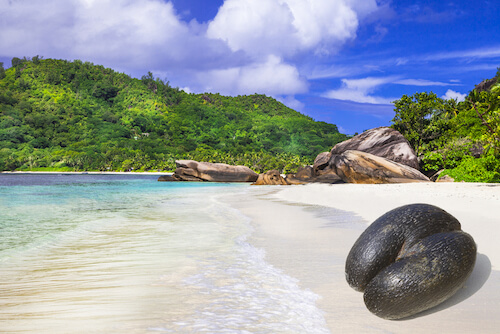 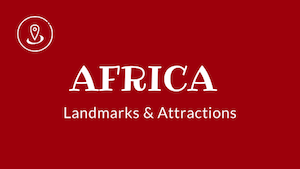