Here are our Top Ten Atlantic Ocean Facts for Kids with lots of useful info for school projects, and general knowledge, of course! What you definitely should know about the Atlantic Ocean:

1. Location: Where is the Atlantic Ocean?

Below you can see a world map showing the Atlantic Ocean:

Simply click the + and - signs on the left of the map and zoom into the map to see more about the bordering countries and to locate some of the islands, cities and ports we mention in the text below. 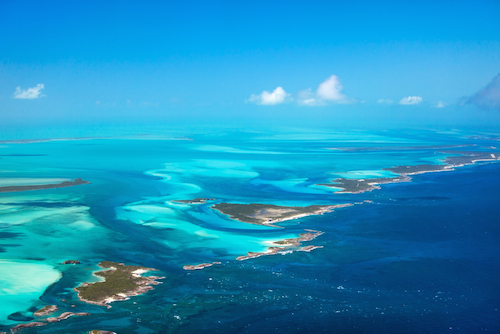 There are many islands in the Atlantic Oceans, among the most well-known are:

The word ’Atlantic ’ originates from the Greek mythology meaning ‘Sea of Atlas’. Atlas was the titan who had to stand on the edge of the earth and carry the heavens (celestial spheres) on his shoulders as punishment from Zeus as Atlas had fought against the Olympian gods for the control of the heavens.

3. Size: How big is the Atlantic Ocean?

The Atlantic is the world’s second largest ocean and covers 25% of the Earth’s surface, after the Pacific Ocean. In size the Atlantic Ocean is comparable with roughly 6.5 times the size of the USA.

5. Temperature: How warm are the waters of the Atlantic Ocean? 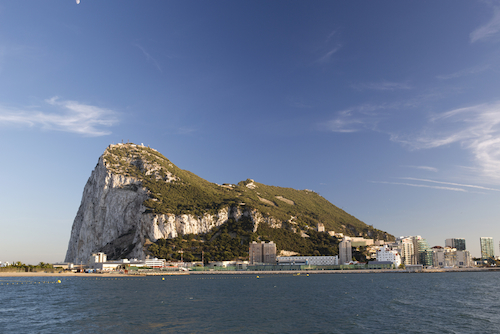 6. Important Waterways: The Straits of Gibraltar between Spain and Morocco and the Bosporus in Turkey are two of the most well known waterways in the Atlantic Ocean. 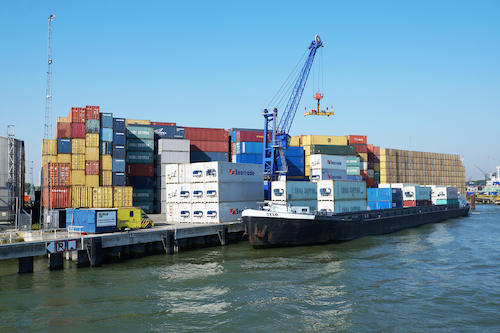 The Icelander  is said to have been the first man from Europe to cross the Atlantic Ocean and step onto North American land. He named the eastern coast of Canada ‘Vinland’, which is believed to be what is now Newfoundland.